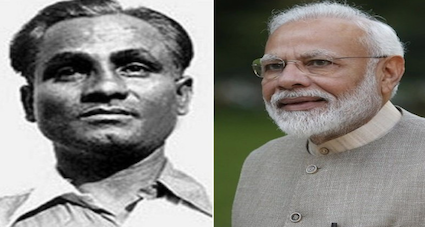 Prime Minister Narendra Modi announced that the Rajiv Gandhi Khel Ratna Award will now be known as the Major Dhyan Chand Khel Ratna Award. The Khel Ratna award is the highest sporting honour in the nation.

Making the announcement, Prime Minister Narendra Modi said he had been getting many requests from citizens across India to name the Khel Ratna Award after Major Dhyan Chand.

“Major Dhyan Chand was among India’s foremost sportspersons who brought honour and pride for India. It is fitting that our nation’s highest sporting honour will be named after him,” he added in another tweet.

Fondly known as the ‘Wizard’, Major Dhyan Chand is one of the greatest hockey players in the history of the game. He led India to three consecutive Gold Medals in Hockey in 1928, 1932 and 1936 and despite being a true legend, the highest sporting award was named after a politician Rajiv Gandhi, who was not known for his sporting prowess.

The Indian Hockey Men’s team captain Manpreet Singh, who led his team to a Bronze medal finish at the Tokyo Olympics, also welcomed the decision by PM Modi and said “the announcement is a huge moment for hockey and India.”