Not Google, This woman introduced India to digital maps 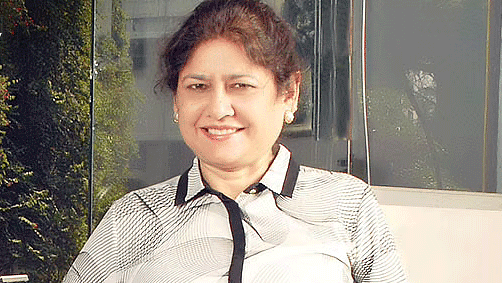 The tech industry is going through exponential change. This is awesome but there’s something else rotten in technology and it is gender equality. The tech industry by its very nature is progressive and innovative but when it comes to women in tech, it certainly is not.

Many of our histories present us with a narrative that reflects that women are not at the forefront of innovation. People have created a false assumption that women in tech are no exception to the rule.

But the truth is women have always been at the forefront of technology and science. The efforts, writings, innovations of women have a deep interwoven root with the history of tech and computer science. “Women in Tech” is not a bonus chapter, rather they are the entire book.

There are women who have set the best example for the people in technology and one among them is Rashmi Verma.

Many of us understand that the interactive digital maps that show us the way (quite literally!) is a gift from Google, but it is not like that. Indian woman entrepreneur and tech genius Rashmi Verma is behind the creation of the first digital map of India and she did it long before Google.

The incredible story of Rashmi begins from the streets of Bareilly, a small town in Uttar Pradesh to the top technological companies in the United States.

Born and raised in Bareilly, Rashmi was always inclined towards academics. She made it to an engineering college at a time when very few women think of taking up engineering. With 34 years of experience in technology and management, Rashmi has spent almost 12 years in the US, of which she spent eight years with IBM.

She was in her third year when she married Rakesh, who became her partner in not just life but business as well.

With a firm belief that India has a huge market for digital maps, Rashmi co-founded MapmyIndia in 1995 along with her husband, Rakesh Verma. She always wanted to start something of her own and this became the biggest reason why both of them moved back to India and started in a sector where she had expertise.

“It was only from 2005 that the internet was available on telecom networks. Google Maps was still not in the market. We named our product MapmyIndia in 2005. There were no devices for navigation, so we provided our own portable devices that worked on GPS, without requiring a data connection,” she had told the Times of India.

The idea was surely ahead of its time, but the duo went on to build the most comprehensive and accurate repository of mapping data. They have realized it earlier that the world is going to thrive on digital technology and solutions. The 90s was also the year when industrialization and globalization were blooming in the Indian economy and realizing this, they took a very practical approach and dedicated themselves to build a first of its kind digital map database of India– an asset for India.

Because of the country’s geographical diversity, mapping India was definitely a herculean task. They, for 10 years, didn’t draw any salary to make sure their every employee was paid on time.

“We started a software services company, ComputerEyes, and got projects from Tata Steel and IBM. It was contract work, and there was a lot of money on it, but it wasn’t satisfying. In 1995, at an exhibition in the US, we came across mapping software. It showed a digital map of the US. We believed there was a huge opportunity in India that in 10 years, digital maps would be needed. We were ready to wait,” she was quoted as saying

(This piece is a rewrite It first appeared in Femina).