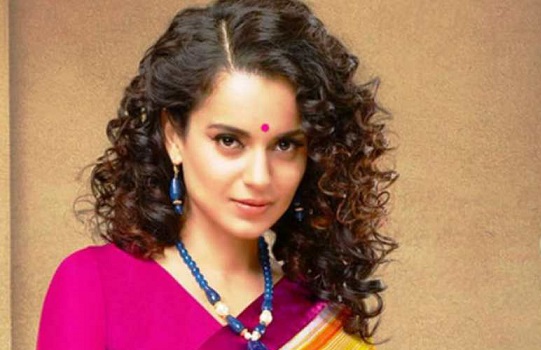 India’s pre-eminent award-winning actress Kangana Ranaut is one of the 61 eminent personalities who have written an open letter against the “selective concern” of 49 self-styled “guardians” which they believe shows a clear political motive and bias.

In response to 49 personalities who wrote a letter to Prime Minister Narendra Modi this week  on lynchings suffered by Muslims, Dalits and other minorities, terming “Jai Shri Ram” as a war cry, this counter-response pulls no punches terming it a “conspiracy” to defame the nation in the eye of the world.

“The selective outrage and amnesia…makes us believe that they are working to a certain agenda and only playing into the hands of those forces who are out to Balkanize India and to destabilize her,” said the letter.

Kangana Ranaut has been joined in this response by dozens of other eminent citizens from various walks of life, including lyricist Prasoon Joshi, film-maker Madhur Bhandarkar, classical dancer Sonal Mansingh and instrumentalist Pandit Vishwa Mohan Bhatt, among others.

Citing instances, the letter mentions the instance of “tukde-tukde gang,” tribals and marginalized being victimized by Naxals, schoolst-to-be-burnt diktat by the terrorists in Kashmir, and calls for dismemberment of India being met with a stony silence by this group of 49.

Damningly, this letter states that some of the signatories of the “open letter” have acted as mouthpiece and ideologues for the insurgents, separatists and terrorists in the past.

It mentions instances when people were jailed, maimed or killed for chanting “Jai Shri Ram”; temples vandalized; Hindus in Kairana being made to leave;  or Kashmiri pandits being driven out of the valley; yet not a word in outrage was uttered by this group of 49.

“This group has repeatedly expressed disdain for the faith of majority in India. They have repeatedly heaped derision on those who derive strength and solace by chanting his sacred name.”

The letter by group of 49 included Mani Ratnam, Aparna Sen, Adoori Gopalakrishnan, Anurag Kashyap and Prof Ramachandra Guha among others.