One billion vaccinated and counting: Nation celebrates but show one from Opposition who does 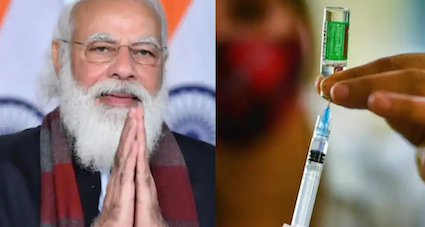 India crossed a significant milestone in its battle against the coronavirus pandemic, touching 100 crore Covid vaccinations- including the first and second doses.

India accounts for about 15 per cent of the total vaccine doses administered worldwide as of October 21. While 74 per cent of the estimated adult population have received the first dose, 31 per cent are fully vaccinated.

Notably, according to numbers for state-wise vaccination coverage listed on the MyGov website, Uttar Pradesh leads the country with the most vaccinations administered (above 12 crores).

Additionally, data shows that smaller states and Union territories are also fairing better in the inoculation drive in India. As per data, Himachal Pradesh, Sikkim, Ladakh, Chandigarh, and Lakshadweep have inoculated almost everyone over 18 years with at least one dose. A 100% first dose vaccination has been achieved by Assam, Uttarakhand, Jammu and Kashmir, and Goa.

The government has planned massive celebrations across the country to mark the milestone.

Union Health Minister Mansukh Mandaviya also congratulated the country on achieving the feat and said it was the result of the able leadership of Prime Minister Modi. He will also launch a song by singer Kailash Kher and an audio-visual film at the Red Fort.

To celebrate the milestone, the Centre has mentioned that all those villages which have completed 100 per cent vaccination should mark the 100 crore-doses administered achievement by putting up posters and banners complimenting health workers for their role in the exercise.

The largest khadi tricolour in the country, weighing around 1,400 kg, will be displayed at the Red Fort today. The flag is the largest handwoven and handspun cotton khadi flag ever manufactured in India.

Congratulating India on achieving the milestone, Dr Poonam Khetrapal Singh, regional director of WHO South-East Asia, said, “This extraordinary feat in a short span was not possible without strong political leadership, inter-sectoral convergence, dedicated efforts of the entire health and frontline workforce and the people themselves.”