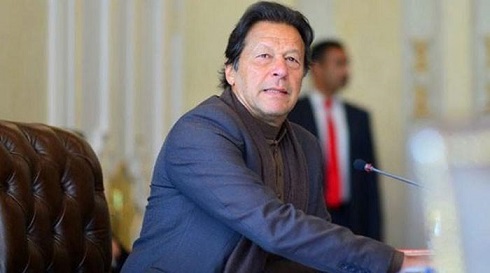 Major opposition parties in Pakistan on Sunday has given a formal shape to their alliance with the name of ‘Pakistan Democratic Movement’ (PDM) and demanded “immediate resignation of Prime Minister Imran Khan”.

The opposition parties have announced their three-phased anti-government movement under an “action plan” starting from October with nationwide protest demonstrations and rallies.

Maulana Fazl-ur-Rehman said the opposition is demanding the immediate resignation from the elected Prime Minister and has developed an ‘action plan’.

“In the first phase, beginning October, rallies will be held in Sindh, Balochistan, Khyber Pakhtunkhwa, and Punjab. In the second phase, starting in December, huge demonstrations will take place country-wide. In the third phase, to begin in January next year, a long-march will move towards Islamabad,” Rehman was quoted as saying by Geo News. “To oust the elected government, the joint opposition will use all tactics, including a vote of no confidence and resignations from the Parliament,” he added further.

Bilawal Bhutto Zardari asserted that the opposition is acting under the guidance and support of deposed Prime Minister Nawaz Sharif and former President Asif Ali Zardari.

Earlier, while virtually addressing the multi-party conference, Nawaz Sharif remarked that the Opposition alliance is not against Imran Khan rather they are against those who brought this “inefficient” man to power.

He also asked the powerful Army to stay away from politics and follow the Constitution and vision of the country’s father Quaid-e-Azam’ Muhammad Ali Jinnah.