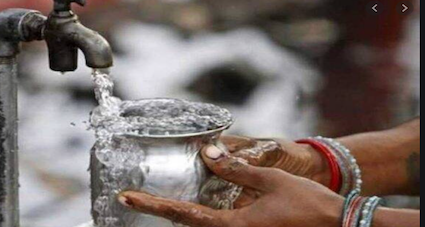 Announced by Prime Minister Narendra Modi on August 15, 2019, the ambitious scheme with the aim to provide tap water supply to every rural home by 2024, Jal Jeevan Mission has reached a new milestone of providing over 4 crore rural households with tap water supply, which is almost 20% more than the target.

A statement released by Jal Sakti ministry, informed the initiative has provided tap water connection to more than 4.03 crore rural households with states including Goa, Telangana and Andaman and Nicobar Island having 100% water connections.

The ministry also informed that other states like Puducherry, Haryana and Gujarat are inching closer to the cent per cent mark.

The statement also pointed out how “Despite Covid-19 pandemic and resultant lockdowns and disruption, speedy implementation of Jal Jeevan Mission on the ground has set an example…”

Interestingly, till August 15, 2019, roughly 17%i.e. 3.2 crore out of 19.97 crore rural households had access to tap water. This number indicates that while only 3.2 crores people had piped water in 72 years, 4 crore rural water connections were given in just 1 and half years.

Though the results are ambitious in itself, the initiative is still falling short in states including West Bengal, Uttar Pradesh, Assam etc which have been the worst-performing states in providing access to potable drinking water to rural households.

PM Modi, incidentally, had called out the West Bengal government for depriving the state of the central scheme. The state currently has covered just about 9% of rural households with tap water connections. Modi had also informed in a rally that Rs 1,700 crore had been sanctioned for the project but only Rs 690 crore have been duly used.

The Jal Jeevan Mission is being implemented in partnership with the states to provide potable water in adequate quantity and of prescribed quality on a regular and long-term basis. The initiative also touches upon other sustainable measures for water conservation, recharge and reuse through greywater management and rainwater harvesting.