Owaisi tweets a couplet to show his disappointment at acquittal 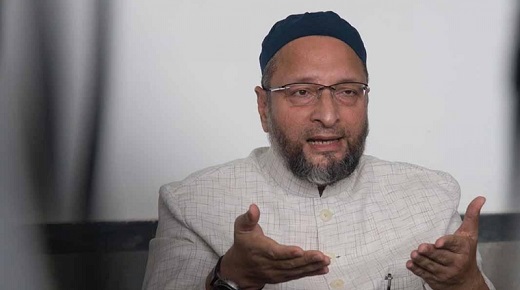 AIMIM chief Asaduddin Owaisi on Wednesday expressed unhappiness over the CBI verdict in the Babri Masjid demolition case. The CBI Special Court has acquitted all the 32 accused saying that there is no conclusive proof against them.

Owaisi in his reaction posted an Urdu quote through his official Twitter handle.

Right after his tweet, Owaisi also addressed a press conference in which he slammed Bharatiya Janata Party’s leaders and said “Today is a black day. The SC itself said that demolition was egregious then what does this verdict mean? How can you give such a verdict when we have openly seen that Advani, Uma Bharti, MM Joshi were distributing sweets. What message are you sending? You are telling violence pays. The CBI charge sheet says Kalyan Singh and Advani are conspirators. This judgment satisfies the collective consciousness of Hindutva and followers. Who broke the Masjid then?”

He also targeted the Congress party remarking that “Congress is the root cause of all this conspiracy.  When they were in power, the masjid was demolished, idols were placed inside the structure, so on and so forth.”

Owaisi also strongly opposed the Supreme Court’s 2019 verdict in Ram Janmbhoomi. He also slammed Prime Minister Narendra Modi during the foundation ceremony when PM referred the upcoming Ram Mandir as a ‘symbol of India’. Owaisi, in response, termed it as a ‘death of secularism’