Pakistan is ok but China imports 5,000 tonnes of rice from India 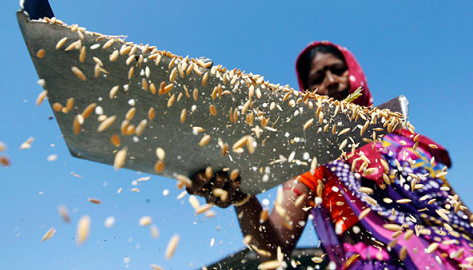 Amid reports that China may be facing food shortages, it has placed orders for a shipment of 5,000 tonnes of non-basmati rice from India. The food shortages have apparently been caused by large scale floods, consequent lesser production and other factors. One reason for procurement of rice from India is the competitive prices being offered, All India Rice Exporters Association (AIREA) Executive Director Vinod Kaul said.

Till October this year, barely 150 tonnes of basmati rice had been exported to China but now 5,000 tonnes of “broken rice” is to be exported. This rice is, as the name suggests, comprises broken grains, far cheaper than the basmati. This grain is used for making noodles as also for fermentation and wine making.

Pakistan, Vietnam and Thailand are traditional suppliers of rice to China but apparently the demand is more than the country can meet from these sources. China is facing a “tight supply position” due to a fall in output and India is offering competitive prices, Kaul said.

As per AIREA, India has exported 2.8 million tonnes of basmati and 6.1 million tonnes of non-basmati rice during current fiscal so far. The basmati is exporter to several Arab nations, as also the US, and some European nations.

Incidentally, the land mass of China is very large but vast tracts of it are not fit for growing any crops. Despite being larger than India, the net cultivable area in China is far smaller.