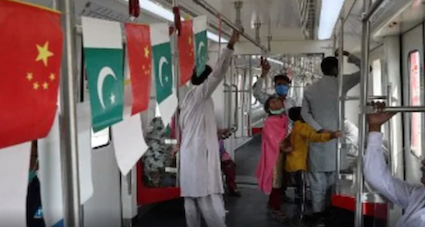 In a major decision, the Shehbaz Sharif government scrapped the China-Pakistan Economic Corridor Authority (CPECA) recently and re-seized the economic policymaking from the all-powerful army.

The other reason behind the key decision was to stop China from dominating Pakistan’s economy.

The authority, dominated by the Pakistan Army, will now be restructured and incorporated into the Ministry of Planning and Development.

When Imran Khan was in power, the Pakistani Army had a big say in the country’s economic policies and CPECA gave the military establishment vast financial and administrative powers.

China shutting down over 37 per cent of the installed capacity of the CPEC power projects, or 1,980 megawatts, due to non-payment of dues to Chinese investors was the next big reason for the government to take this decision.

Hubco, Sahiwal and Port Qasim – the three imported coal-fired power plants – have closed one of their two units due to the non-availability of the fuel.

China was furious with the previous government over mounting dues and despite a partial payment of Rs 50 billion, the Chinese companies decided to cut down the working of the power plants to force Pakistan to clear the pending payment of over Rs 200 billion.

The Chinese have also been angry with Pakistan for not creating a revolving account that has been pending since the signing of the CPEC Energy Projects Framework Agreement in 2014.

The new PML-N led coalition government had been opposing the CPECA when it was proposed by the army in 2016. The then Prime Minister Nawaz Sharif had categorically rejected the idea as he knew that the institution would help the army to dominate the economic policymaking of Pakistan.

CPECA led to duplication of work and a lack of ownership

When parliamentarians vehemently opposed the move in 2019, the Imran Khan government created the authority by bringing an ordinance. The authority was headed by a former Lt. General Asim Bajwa who had to resign over corruption charges in 2020.

Since then CPECA has been in trouble due to a lack of coordination and responsibility with several ministries. With different ministries being responsible for executing the projects, a parallel organisation like CPECA only led to duplication of work and a lack of ownership.

Ahsan Iqbal, the new Minister for Planning, Development and Special Initiatives acknowledged that projects for more than USD 29 billion worth of investment had been channelized by the Planning Commission successfully without any authority.

He also lashed out at the Imran Khan-led PTI government and pointed out that the Imran Khan government, despite the authority, failed to complete critical projects by the dates agreed between the Chinese side and the PML-N government.

With the economic crisis in Sri Lanka and Nepal’s economy on the edge due to the dominance of China, the Pakistan government took the decision to dissolve CPECA. As per the reports, defaults over China’s infrastructure-related loans to Sri Lanka are being cited as factors contributing to the economic meltdown.