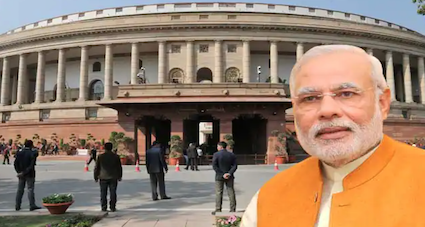 We have this noise by the Opposition that the NDA government, since 2014 to present times, has sent less Bills to parliamentary standing committees than the previous UPA governments (2004-2014) and it marks an alarming decline in Parliament’s functioning.

Apparently, the data used by the critics of Modi government is selectively used. For instance, In UPA I (2004-2009), only 48% of bills were introduced to Standing Committees in Rajya Sabha. The percentage drops to 30% in Lok Sabha. And that’s because the numbers of Bills introduced were more than a hundred! That a majority of them lapsed tell its own story.

Referring the Bills to Standing Committees is no barometer to Parliament’s functioning. For one, the Parliamentary Standing Committees were constituted in 1993 only. If this alone is the measuring yardstick, does it imply that Nehru, Indira and Rajiv Gandhi sabotaged India’s democracy? By this token, the Constitution, made by BR Ambedkar, was also not sent to the standing committee!

Further, not all Bills are sent to the Standing Committees, e.g, Ordinance replacing Bills, Money Bills, important Constitutional Bills (e.g. revocation of Special Status to J and K under Article 370).

It’s also undeniable that a government without a majority of its own (such as UPA I and II) need the crutches of standing committees since it’s made of coalitions and several other parties could’ve different point of views. A majority government, such as NDA I and II, on the other hand, are not a stitched coalition and could carry the floor on its own.

Another charge against the Modi government is that it doesn’t indulge in debates in the Parliament.

The truth is NDA government has spent more time on debates in Parliament than UPA. For instances, during the 16th Lok Sabha (2014-2019), 32% of the bills were discussed for more than three hours—much more than what UPA could manage on its two terms—22% and 14%.

In contrast, the debate on the 122nd Amendment of the Constitution—GST BIll—in 2014 took almost 12 hours, spread over two sessions!

Rahul Gandhi, who’s often seen putting blame on the Modi government for not allowing them to speak,  has just 52 percent attendance and took part in 14 debates and as for questions, didn’t ask any!

Would you find all these facts in your tomorrow’s daily? Fat chance.