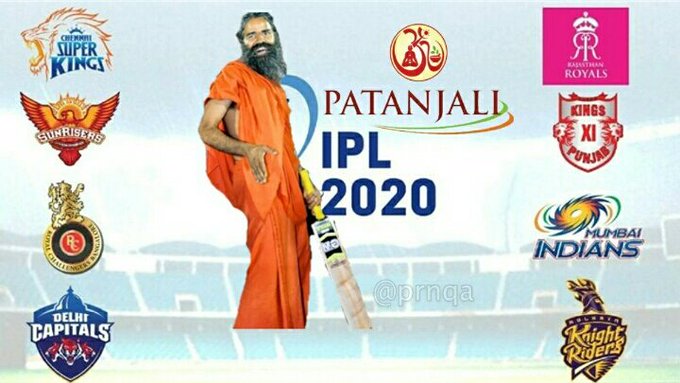 Patanjali Ayurved, which conjures up the image of celebrated Baba Ramdev, could be padding up to be the main sponsor of Indian Premier League (IPL) 2020, due to begin in UAE on September 19.

SK Tijarawala, the company’s spokesperson, told LiveMint that “IPL is in our consideration zone, we are looking at it, and see whether it can take the message of Atmanirbhar Bharat and be a brand carrier for this globally. Our strategy and stand has been to promote swadeshi, health-friendly games that can be accessed at the grassroots level.”

It is learnt that after title sponsors Vivo pulled out of the deal due sentiments against China and its companies or products in India, the BCCI is looking to offer a 20-30 percent discount to a new sponsor.

The BCCI is likely to announce a new sponsor on August 18.

Patanjali is no stranger to sports sponsorship though never in cricket. It had bagged the co-presenting rights for the Kabaddi World Cup in 2016 and had also sponsored season two of the Pro Wrestling League.

Other firms, reported to be interested in IPL are said to be Byju’s, Coca-Cola India, Paytm and Amazon.