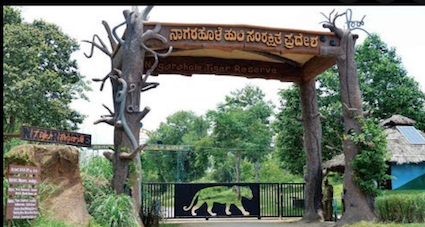 A day after the Khel Ratna award was renamed as Dhyan Chand Khel Ratna a by Prime Minister Narendra Modi, the demand now grows from Karnataka to rename its forest potential Rajiv Gandhi National Park, Nagarhole too.

An online petition campaign was also launched in this regard against re naming Rajiv Gandhi National Park after Field Marshal KM Cariappa.

The online petition has so far reached over 3,212 out of the target of 5,000 signatures. Arguing that Nagarahole national reserve forest was renamed only to impress a particularly political family, Col CP Muttanna (retd), from Coorg Wildlife Society, said, “We have never called it as Rajiv Gandhi National Park. Everyone has been calling it Nagarahole. Suddenly, one day, we saw the board and the government order on it being renamed.”