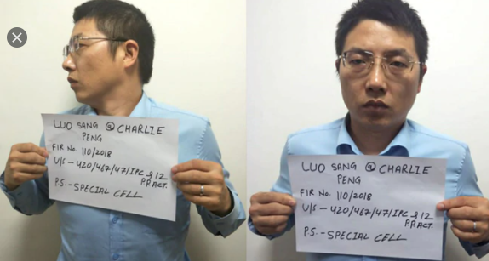 The Ministry of Home Affairs (MHA) has found a hawala racket being run by China’s People’s Liberation Army (PLA) with the help of Pakistan’s spy agency Inter Services Intelligence (ISI). The arrested Chinese spy used the services of the Pakistanis having a network of spies here in India.

The hawala ring run by the Chinese PLA handled over Rs 1,000 crore through a network of shell companies and bank accounts. The details of the hawala money emerged after the arrest of Luo Sang, alias Charlie Peng, by the Delhi Police. Luo Sang had prepared fake Aadhaar Card and travel document. He was first arrested by Delhi Police on espionage charges in the year 2018.

Sang is suspected to be an agent of the Chinese intelligence service, the Ministry of State Security (MSS). He was arrested in August but no details about him were earlier available in the public domain.

Sang learnt handling of money exchange, hawala operations and opening as also operating fake bank accounts while staying in Nepal. He was arrested in September 2018 for having a forged Indian passport procured by providing an address in Manipur. He had stayed for a few years in Manipur before moving to Delhi and setting up base there.

Sang had opened at least 40 bank accounts and used them to carry on his hawala transactions. Transactions worth over Rs 1,000 crore were carried out through these accounts and hawala route.

Investigations revealed that the network established by Pakistan’s ISI helped Sang in creating spy network of his own. For long, the nexus between the Pakistani and Chinese operatives has been an issue of concern for the Indian security agencies.

In June this year, Research and Analysis Wing (R&AW) said it was strengthening its maritime intelligence network focussed on the Arabian Sea region as China-Pakistan nexus was emerging as a serious challenge in the Indian Ocean. Due to a host of factors, China and Pakistan have been working together of late more closely to harm India whom both see as an enemy and challenger.