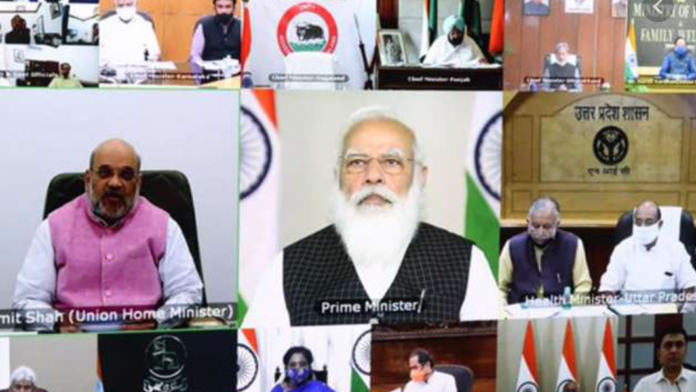 Rising concerns on Covid-19 peaking again led to prime minister Narendra Modi hold a conference with the chief ministers on Wednesday. Amongst his missing audience was Mamata Banerjee though one couldn’t really fault her reason: She had an election meeting to attend in Jhargram. The chief secretary of Bengal attended in her place the virtual meeting.  Chhattisgarh chief minister and Congress leader Bhupesh Baghel also skipped the meeting.

As for Mamata, this wasn’t the first time when skipped the all-chief ministers meeting. In June 2020, she had done so; with the excuse that she hadn’t been invited as a speaker.

Meanwhile Modi had the message of test, track and treat message for the chief ministers present.

The PM advised the CMs to increase use of RT-PCR tests for Covid-19 detection.

The pandemic has begun to rage again in states such as Maharashtra, Punjab, Karnataka, Gujarat and Tamil Nadu. On Wednesday, some 28,903 people were reported to be infected. Some 188 succumbed to the virus in the last 24 hours.

On the other hand, some 3 crore Covid vaccine shots have been administered so far.