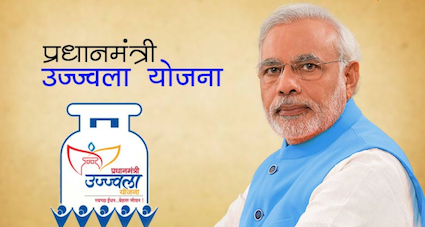 All India United Democratic Front (AIUDF) chief Badruddin Ajmal is no friend of Prime Minister Narendra Modi, or his party BJP. But Modi and BJP need to pay heed to AIUDF chief and take his words seriously. If runaway inflation is not checked immediately, the Modi government is unlikely to be a winner in 2024 (Lok Sabha) elections, he cautioned. “The Modi government should take note. Otherwise, inflation can eat up their government in 2024,’’ Ajmal said on Saturday.

“For ministers, there is no inflation as they do not have to pay anything for what they get. The BJP MPs should ask their wives who run their kitchens as to what problems they faced due to current steep rise in prices,’’ he added. The key to addressing the concerns about inflation was the kitchen, Ajmal indicated.

The rates of most consumables used in the kitchen, be it flour, rice, vegetabes or fruits have been rising. However, what has seen the steepest rise among kitchen goods is the price of the ubiquitous LPG (Liquified Petroleum Gas) cylinder. Under Prime Minister Ujjwala Yojana (PMUY) launched on May 1, 2016, crores of these cylinders were distributed among poor women, those belonging to the Below Poverty Line (BPL) category. All data pertaining to the scheme is available on pmuy.gov.in

PMUY was projected as a welfare measure aimed at empowering the women. It helped crores of women run their kitchens in a cleaner, hassle free manner. As such, we had huge hoardings of Modi looking at us at petrol pumps throughout the country extolling the scheme. PMUY offered an opportunity for connecting with people and was availed to hilt by the government.

Generally referred to as Ujjwala scheme, it helped garner substantial votes for the BJP among women, in the 2019 Lok Sabha elections. For obvious reasons, the scheme is touted as a great one and PMUY 2.0 was launched on August 10, 2021. The BJP leaders never tire of referring to this scheme in their public speeches and hope to benefit electorally from it in 2024 polls too.

Why there are few takers of Ujwala Scheme?

There is a problem with this scheme though as figures presented in Parliament a couple of days ago showed that Ujjwala buyers were not buying many cylinders. Under the scheme, the beneficiaries are entitled to 12 subsidized cylinders per annum with a subsidy of Rs 200 on each cylinder. This works out to a subsidy of Rs 2,400 per annum per beneficiary.

Instead of availing this entitlement, the beneficiaries purchased, on an average, only 3.66 cylinders per annum during financial year 21-22. This has now been happening throughout the country, cutting across states and Union Territories (UTs), figures presented in Parliament showed.

This is a serious issue as the government treats PMUY as a flagship welfare scheme which has helped it making inroads among women voters. Ujjwala beneficiaries not buying cylinders, or buying too few of them, is a damning comment and indicates their inability to afford it.

As such, even when the government is keen to promote it, the oil companies find that there are literally no takers for their cylinders. Not cheap enough is what the beneficiaries appear to have decided for now. On June 1, 2016, an unsubsidised LPG 14.2 (domestic use) cylinder cost Rs 527.50 in Delhi but the same cylinder costs Rs 1,005 in August 2022 nowadays. This means that ever since the PMUY was launched, the LPG prices have almost doubled. Incidentally, in Jammu, the price per cylinder is Rs 1,104.50 at present.

Given this, a decline in consumption among the poorer sections can be expected. What should the government do to encourage more off-take of subsidised cylinders among Ujjwala users? Well, obviously increasing the subsidy per cylinder is the answer.

The government can keep the per consumer subsidy at Rs 2,400 per annum only. But instead of Rs 200 per cylinder for 12 cylinders, it can double the subsidy to Rs 400 per cylinder with a cap of six subsidised cylinders being issued in a year. That way the subsidy will become double even as it will remain unchanged at Rs 2,400 per beneficiary per annum. That can perhaps salvage PMUY 2.0 to an extent.