Polluting air in Delhi could end one up with Rs 1 crore fine; five years in jail 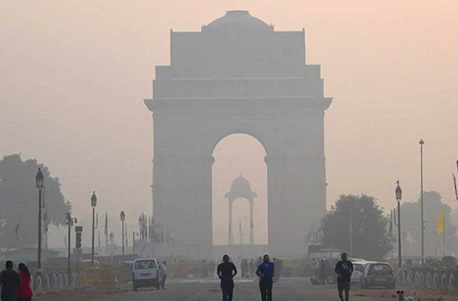 As Delhi continues to suffer from the increasing levels of air pollution, the Centre has decided to bring a new ordinance that will make polluting air in Delhi-NCR a punishable offense with up to five years of jail and a Rs. 1 crore fine. The law comes into force with immediate effect and was issued after the approval by President Ram Nath Kovind.

The commission will be headed by the union environment minister along with three other ministers and a cabinet secretary.

Out of these 18 members, 10 will be the bureaucrats and the rest will be the team of experts, researchers, and activists. The committee will be the central body and will be responsible for monitoring issues like stubble burning, pollutions caused by vehicles, and dust. The commission has to submit its report to the Parliament every year.

It will also have the power to prohibit activities that are likely to cause or increase air pollution and no other body apart from National Green Tribunal (NGT) can appeal against the decision of the commission.

this new commission, the Centre tends to replace the Environment Pollution Prevention and Control Authority, which was appointed by the Supreme Court.

The ordinance came after the response when the Supreme Court took up the matter of air pollution and issued the order of forming a one-man commission. Solicitor General Tushar Mehta kept the Centre’s point in the Supreme Court and told them about the commission. He also informed that the commission will be chaired by the minister of environment and forest along with the ministers of road transport, commerce and science, and technology.

Senior advocate Vikas Singh represented the petitioner’s side and said that air quality will worsen by the time court will look into the matter. To this, Chief Justice said I think all of you should stop taking out your beautiful cars and use bicycles,” as he will only pass any order after a thorough reading of the new law.