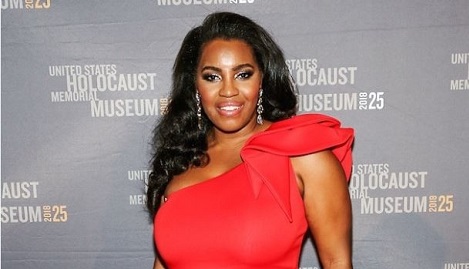 Claiming that new laws were meant to benefit farmers, Mary said: “It’s giving farmers a direct channel to the Indian dream… We global artists, influencers (Rihanna, Greta Thunberg) have the responsibility of using the global platforms wisely…Any social media post or statement that encourages social unrest or harm against law enforcement is certainly not good for India, the US or the world.”

“…In my opinion, their comments were uneducated and certainly fuel the fire rather than contribute to the real purpose of what Prime Minister Modi is doing,” she added.

Responding to a question on who are the people behind the conspiracy to malign the image of India on a global state, Mary Millben said, “This a question many of us across the globe are asking when we see such situations pop up. I cannot tell you about a global conspiracy but many countries including the United States has energies that are anti-government which find their way into important moments like these.

“In the end, I would say, farmers in India need authentic voices who care about their issues and not self-interest and the one voice I can tell you about is Prime Minister Modi. I would like to say to beautiful farmers of India to trust him and his vision. Say yes to free enterprise. It is time for the ambassadors of peace to rise.”