This professor is far from being “nutty” 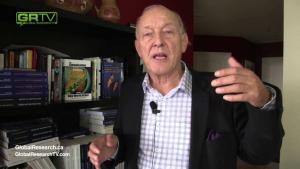 You visit Wikipedia on Prof Michel Chossudovsky and the relish with which it incorporates the vitriolic attack of his critics is startling. Some call him Canada’s “nuttiest professor,” whose “absurdity stands head and shoulders above their colleagues.” Some term his writings as a “meticulous frame-up.” Others view his work as “more like wild-eyed conspiracy theories than serious political discourse.”

Prof Chossudovsky of course has no time for rebuttal. He would rather have his 11 books and his path-breaking website www.globalresearch.ca do the talking on his behalf. He would abstain from mentioning that he taught as economic advisor to governments of developing countries and has acted as a consultant for several international organizations. Or that his writings have been published in more than 20 languages.

Since a man must be known by his actions his latest book this year: “The Globalization of War. America’s `Long War’ against Humanity” is the subject of our attention. The book terms the “globalization of war’ as a hegemonic project. Major military and covert intelligence operations are on in the Middle East, Eastern Europe, sub-Saharan Africa, Central Asia and the Far East.

Says Prof Chossudovksy: “In Syria and Iraq it’s a US sponsored insurgency, the so-called Islamic State. In Latin America it’s a process of destabilization of national economies, but also militarization, the sending in of Marines to Central America. In Southeast Asia and the Far East it’s the so-called Pivot to Asia. It’s the situation of provocation, largely directed against China. In Ukraine, on Russia’s border, its acts of provocation directed against the Russian Federation and the conquest, essentially, of new frontiers for the global economy. In Africa its US sponsored insurgency, the destabilization of national economies and the battle for oil. Largely, we are dealing with very powerful corporate actors which control and overshadow the governments.”

Under a global military agenda, the actions undertaken by the Western military alliance (US-NATO-Israel) in Afghanistan, Pakistan, Palestine, Ukraine, Syria and Iraq is being worked out at the highest level of the military hierarchy.

Russia is heralded as the “aggressor.” US-NATO military confrontation with Russia is contemplated. The Russian Aggression Prevention Act (RAPA) is the culmination of more than 20 years of US-NATO war preparations which consist in the military encirclement of both Russia and China.

“From the moment the Soviet Union collapsed in 1991, the United States has relentlessly pursued a strategy of encircling Russia, just as it has with other perceived enemies like China and Iran. It has brought 12 countries in central Europe, all of them formerly allied with Moscow, into the NATO alliance. U.S. military power is now directly on Russia’s borders,” the book states in its preface.

In 13 chapters, the author unravels painstakingly the geopolitical intentions of the US and its Western puppets. The West has launched a “war without borders.” As Washington Post phrased it: “War makes us safer and richer.” A neo-Nazi regime, directly supported by the West has been installed in the Ukraine. The author mentions that the US Senate adopted in 2002 a first-strike nuclear capability as a central pillar of US policy against Russia. NATO appears to prepare for war, as the massive weapons build up in the Eastern European nations like Poland or the Baltic states show.

If this startles you, Prof Chossudovsky’s insight on economic subjugation, the genetically modified food, technology to trigger tsunamis, the limited mini-nuclear capability to bring the world to knees would leave you sleepless.

This professor is far from nutty. His website www.globalresearch.ca is a seminal product of decades of dedication. In his late 60s now, he shows no sign of slowing down. Instead of slandering, one wishes his critics had the facts to take him on. Or the decency to keep the mouth shut. But then propagandists never do so, do they.