Punia makes it to semi-finals of men’s freestyle wrestling 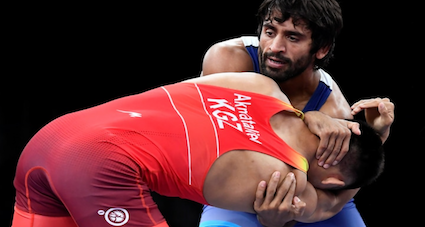 India’s Bajrang Punia won his quarterfinal bout by fall against Morteza Ghiasi of Iran in the men’s freestyle 65kg category and qualified for the semi-finals where he will take on Haji Aliyev of Azerbaijan.

In wrestling, Seema Bisla lost to Sarra Hamdi of Tunisia 1-3 in women’s 50kg freestyle pre-quarters-final. Hamdi lost her quarterfinal bout though, ending Seema’s hopes of making it to the repechage.