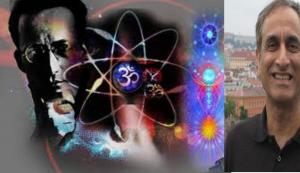 (Dr. Subhash Kak is a professor of electrical and computer engineering at the Louisiana State University, Baton Rouge. He is also a renowned authority on ancient Indian science and technology. Originally from Kashmir, Dr. Kak has worked at the IIT Delhi, Imperial College, Bell Laboratories and the Tata Institute of Fundamental Research. He has authored ten books and over 300 journal articles in areas as varied as neural networks, quantum physics, artificial intelligence, and the philosophy and history of science.

Rajeev Srinivasan interviewed him by e-mail in connection with his research into Indian science. This piece first appeared in Bharat Pragna. Below is the first of two parts of this interview)

Q. You are a practising electrical engineer who holds patents in leading-edge areas such as neural networks. Yet, you are also an established poet and writer, as well as a Sanskrit scholar and expert on ancient Indian science. You are a Renaissance man, in other words. How did all this come about?
A. I was interested in both writing and sciences in school but when I finished I was leaning toward becoming a writer. My mother warned me it was no way to make a living and she packed me off to an engineering college. I am glad for that because before long I discovered that literary and scientific imaginations are not all that different. For sure there is much that is tedious and mechanical in science, but the same is true of literature as well.

My work in ancient science developed when I tried to find an answer to the question of the milieu in which Panini’s 2500-year-old grammar, a work of most astonishing subtlety, arose. The more I consulted the standard texts, it became clear that the paradigm in which Indian history of science, and ancient Indian history in general, had been examined was wrong!

It is only the India of the past 50 years that has turned its back on its own heritage and our scientists literally know nothing about our intellectual history, excepting the distorted second-hand accounts written by colonial historians and their Indian followers.

Q. You have done a good deal of research into the history of Indian science. But there will be skeptics who ask, what good is all this? It is in the remote past – and today’s Indian science is at best derivative and at worst grossly behind the times. How would you respond?
A. There are several reasons. First, curiosity; we should know the facts about our history. Second, there is the puzzle that our ancestors made astonishing advances in certain fields–as in grammar or in consciousness studies–where we moderns are yet to catch up! Third, for lessons, so that we may know where we went wrong.

You’re right that recent Indian science is derivative and worse. It is particularly true of post-independence Indian science. But look at the first five decades of this century; some of the greatest names were those of Indians: S Ramanujan, J C Bose, S N Bose, C V Raman, Meghnad Saha, G Chandrasekhar, and so on. But these were people who were confident, who thought they ware as good as any; most importantly, these people were connected to our own knowledge tradition. A study of history will reveal to us why our own scientific renaissance of the first five decades of the last century fizzled out in the next five.

And then there is another reason to study ancient Indian science. One of the greatest scientists of the 20th century, Erwin Schrodinger, was directly inspired by Vedanta in his creation of quantum mechanics, a theory at the basis of all our advances in chemistry, biochemistry, electronics, and computers! Is there more in our ancient science that is yet relevant?

(NewsBred adds: The famous Danish physicst and Nobel Prize winner, Laureate Niels Bohr (1885-1062) was a follower of the Vedas. He said: “I go into the Upanishads to ask questions.” Both Bohr and Schrodinger observed their experiments in quantum physics were consistent with what they had read in the Vedas.)

Q. How do you separate the mythology from the real science? Indians are famous for not being observers–it appears our forebearers were content to speculate (admittedly, it was interesting speculation) rather than do exact measurements and record them.
A. We must look at ancient science with a critical mind and be sure to separate hard science from speculation and mythology. But it is a modern myth that Indians did not make exact measurements. This myth has been repeated so often we have started believing in it. In the field, of astronomy, it was the Frenchman Roger Billard who showed that this belief was totally wrong! We were excellent experimentalists in medicine, chemistry, metallurgy, agriculture, and so on. Before the Enlightenment that took place in Europe in the I7th century, we were still ahead in most intellectual fields.

Q. In your research, where have you been most amazed? Where, in other words, were the serendipitous and wholly unexpected ‘Eureka’ experiences?
A. My discovery that the organization of the Rigveda was according to an astronomical plan was a truly ‘Eureka’ experience. It came upon me rather suddenly, but once everything fell into place it was clear that I had been led to it by the many direct and indirect references in the Vedic texts. The ‘Eureka’ of it was the realization that I had the key to unlock the ancient mystery of the Veda. Ritual and mythology made sense! And it opened up a hidden chapter of Indian science with the greatest implications for our understanding of India and the rest of the ancient world.

Q. You have done a fair amount of work on the Indus-Sarasvati Civilization and on the conjecture that the Sarasvati did in fact exist, and that what has been known as the Indus Valley Civilization in fact was on the banks of the Sarasvati River. Can you elaborate on this? What new evidence has come to the fore?
A. Archaeological excavations have confirmed that the Sarasvati river flowed down to the sea, parallel to the Sindhu (Indus), before a major earthquake in about 1900 BC robbed it of its two tributaries, the Satluj and the Yamuna, which were captured by the Sindhu and the Ganga rivers. Since this river is praised as the greatest river of the Rigvedic times, it is clear that the Rigved predates 1900 BC in the least.

There are other scholars who say that 1900 BC only marks the final drying up of the Sarasvati, and it had ceased to flow to the sea around 3000 BC. If that were to be the case, the traditional chronology which dates the end of the Rigvedic period to about 3000 BC is correct.

Q. I have read of a number of new sites being excavated, including Lothal, Kalibangan, Dholavira, Balu, Banavali, Bhagwanpura, Manda, Amri, Kunal… There is even some speculation that Lothal-with its port and dry dock for large oceangoing ships-was the site of the legendary Dwaraka that was submerged after an underwater earthquake and resulting tidal wave.
A. Yes, an enormous amount of new information is coming in from the new sites. We must not forget Mehrgarh which goes back to about 8000 BC which was excavated in the late 70s. The most exciting thing is that major sites of Ganweriwala and Rakhigarhi are yet to be excavated. Could Lothal be the Dwaraka of the Mahabharata? It is plausible, but we don’t know for sure yet.

Q. You have also argued against the Aryan Invasion Theory. What specific evidence has come to light recently?
A. There is absolutely no evidence of a break in Indic tradition, going back 10,000 years. No break in ceramic styles, artistic expression, skeletal remains, and so on. Now if you compare that with regions that have suffered invasion, such as the Americas, you will see a clear break in all these things. This apart, all the recent iconographic finds confirm that key elements of what is generally called Classical Hinduism were present in the Indus-Sarasvati civilization before 2500 BC. Examples are: ritual bathing, vermilion, bangles, conch-shells in religious ritual, a buffalo-killing goddess, abstract symbolism, the centrality of cattle in the economy.

Q. You have argued that the Aryan-Dravidian divide simply doesn’t exist, and that the superficial differences between North and South India are overlaid on a unified cultural foundation.
A. The concept of an Aryan-Dravidian divide is a byproduct of the racist discourse of the 19th century. It was this racism that postulated a single language from which all modern languages were derived. Linguists now acknowledge that there must have existed very many language families in the past and what has survived represents complex interactions between different peoples and languages, many of which have left no trace. It is also being recognized that while by one reckoning Sanskrit, Greek and Latin belong to a family; by another, Sanskrit and Tamil and Telugu belong to another. Linguists are now talking of the concept of a linguistic area and the whole of India is one such area.

Culturally, India shows great unity as far back as we can go. If the art historian David Napier is right about Greece having received a major artistic impulse from South India in the 2nd millennium BC, we find this unity to be at least 4000 years old. Remember also that Tamilian kings in South India and Sri Lanka called themselves Aryan. The word Aryan in Sanskrit simply means “cultured”. There is a famous slogan in Sanskrit saying “Make the whole world Aryan”. The term “Aryan” has nothing to do with race or language.