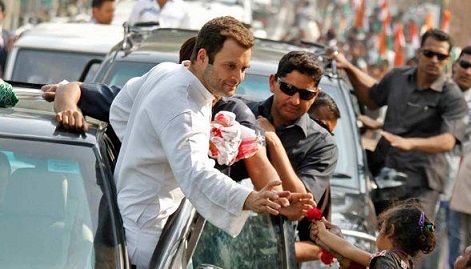 Congress MP and the former president Rahul Gandhi was all set for a vacation on Wednesday in Jaisalmer. However, as the Bihar assembly election results unfolded on Tuesday, the trip stands cancelled.

As per reports, Gandhi scion was to visit the golden dunes of Thar desert in Jaisalmer last morning. He was to be accompanied by his friends. His abode was said to be Suryagarh fort for one night and in a tent in the desert for another night.

Rahul Gandhi tends to go on vacation after elections. In October 2019, when the Congress party was in the thick of elections in Maharashtra and Haryana, Rahul Gandhi went to Thailand as per reports. Soon after losing Haryana, he had reportedly gone on to Indonesia on another vacation.

Congress suffered a major debacle in the Bihar assembly polls winning only 19 of the 70 seats it contested.