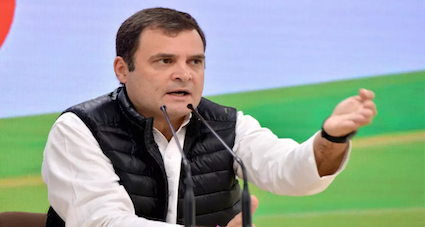 Congress leader Rahul Gandhi, who often caught spinning the web of lies, took to Twitter and claimed that India and China had clashed once again in the Galwan Valley.

“GOI’s use of foreign and defence policy as a domestic political tool has weakened our country. India has never been this vulnerable,” Rahul Gandhi tweeted along with the screenshot of the Business Standard media report.

However, the Indian Army “strongly rebutted” the report and said that no such incident had occurred “since the disengagement agreement in February this year.”

The Indian army also mentioned that the article had been published with unsubstantiated facts.

“The article is riddled with inaccuracies and misinformation. It is reiterated that the news report mentioning that agreements with China have collapsed, is false and baseless,” reads an excerpt from the Army statement.

The Army said both India and China had continued with negotiations to resolve the existing issues in eastern Ladakh while regular patrolling has continued in the respective areas along the LAC. PLA activities, including turnover of troops, continue to be monitored by the Indian Army,” it said.

Meanwhile, External Affairs Minister, S Jaishankar, is likely to meet his Chinese counterpart Wang Yi in Dushanbe to discuss how to fast-track de-escalation and disengagement in East Ladakh.