Rajasthan and Delhi worst in rape numbers; but try telling it to Gandhis, Kejriwal or media 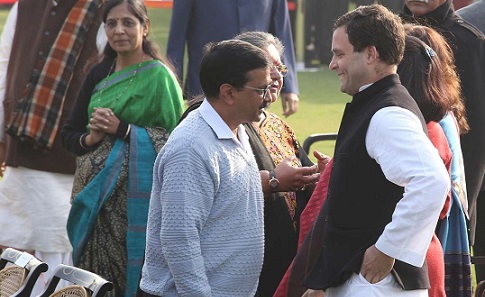 Guess what, it appears Lutyens Media has been barking up the wrong tree all this while. It’s Rajasthan and Delhi which should concern them on the staggering number of rapes which happen in these two regions.

According to the National Crime Records Bureau statistics of 2019, Rajasthan recorded 5,997 cases last year which is the highest in the country. In terms of city with the maximum rapes, it’s Delhi which should hang its head in shame: The figure is 1,231 with 16.2 rapes recorded per lakh. Jaipur, capital of Rajasthan, has a staggering number of 35.6 cases per lakh of population.

Congress runs the government in Rajasthan with Ashok Gehlot as the chief minister; and Arvind Kejriwal is the chief minister of Delhi in his third term. Ironically, it’s the Congress’ Rahul Gandhi and Delhi’s Kejriwal who are shouting their lungs out on Hathras—where increasingly there is a doubt that rape was ever committed on the unfortunate victim—without worrying on the state of affairs in their own region.

Much of this impunity of course stems from the support they get from Lutyens Media who trains its lenses on the smallest incidents in BJP-run states while ignoring the most glaring crimes in Rajasthan or Delhi.

Maharashtra is another culprit when it comes to matters of women’s security. Maharashtra topped the heinous category of “gangrape with murder”—numbering 47—in 2019 which is a damning indictment.

The state is still living in a feudal mindset where women are treated as objects. This mindset has been the biggest contributor to the crime against women. Second, there is no direct correlation between rape and education considering that there were several such cases in Kerala which has a high literacy rate. The numbers across the country indicate that women are highly vulnerable.”