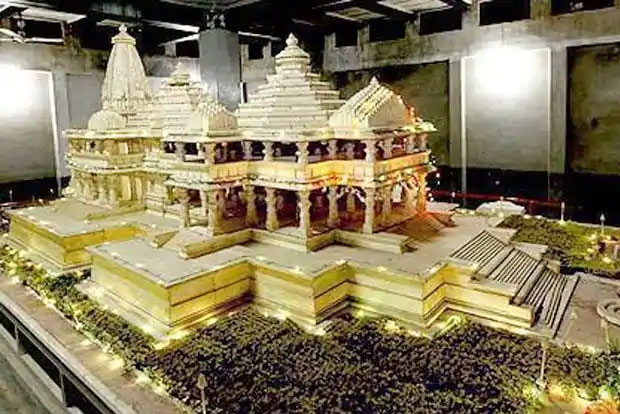 The “bhoomi poojan” of proposed Ram Mandir in Ayodhya could be performed either on August 5, in the presence of prime minister Narendra Modi.

The Shri Ram Janmabhoomi Teertha Kshetra Trust took the decision in Ayodhya on Saturday evening to keep it either on August 3 or 5 subject to the prime minister’s availability which has now been confirmed on August 5.

The Ram Mandir could though take 3-3.5 years in the making, as funds would be hard to come by in the present crisis of Covid-19 pandemic, said Champat Rai, general secretary of the trust. Besides, the drawings for the Ram Mandir are yet to be completed. Chaupal though said that the height of the Ram Mandir would now be 161 feet, and not 148 feet as was earlier announced.

The depth of the foundation would be decided only after the soil report of the site is received. Samples have been taken from 60-meter depth by Larsen & Toubro, another report said.

The trust has assured that there would be no overcrowding during the “bhoomi poojan” and that social-distancing would be maintained.

The trust was formed by the government earlier this year after the five-member bench of Supreme Court ruled in favour of the construction of Ram Mandir.