Reliving my own horror with Mumbai Police: How many Sachin Vaze are still out there? 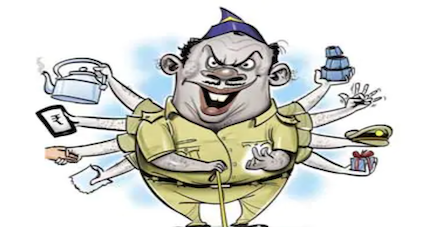 I once was travelling on a reporting assignment to South Africa. The flight was Delhi-Mumbai-Johannesburg. From the Mumbai domestic airport, in order to reach the International, I hopped on to a private car. Only, to find they were robbers. They divested me of some 400 dollars and dumped me on the road. I made sure I noted the number of rogue vehicle.

I passed on my horror to my desk in PTI, first thing I reached Johannesburg. I had been waylaid when it was only 8pm in the evening and Mumbai was just about beginning to come alive. Right in the heart of the city. The news made headlines everywhere. In no time, I received four images from Mumbai Police. They were those very men who had terrorised and robbed me.

Tour over, I back in my lair, months passed before I received a summon from a Mumbai Court to make myself available next morning in Mumbai. The court generously had offered Rs 366 for my TA/DA. I reached the court, it was yet to open and in verandah I saw those very 4 men who had done me bad turn.

Court’s proceedings began and the persecutor asked me, flashing 400 US dollars: Aren’t these the same green bills you had been robbed of? How could I tell if these are the same notes, I replied. I was then asked to look back and identify the four culprits. Confident that these men would be the same I had seen in verandah, I turned around. To my horror, I now saw completely different four men. I said, no, these are not the same guys. The persecutor said: In that case you won’t get your 400 dollars. I said never mind, I can’t implicate innocents. Case was dismissed.

As I came out, these “new’ four men grabbed my feet. All were crying bitterly. They said millions of wishes can’t express their gratitude. “We have been ruined Saab. They nabbed us, took us to a foreign exchange shop, handed over 400 dollars to us and broke all our bones. The harassment was kept on for six months. Our shops and business are ruined. Families are begging on streets.”

It began to make sense to me. It being a high-profile case, police had its hands forced. They had caught the right men too. But they had obviously been let go at a price. Or they had been operating between two airports at the patronage of Mumbai Police. “New” four, innocents, were the fall guy. Luckily my conscience wasn’t dissuaded by those 400 green bills being offered as a bait.

As I was heading for the airport, I received a call on my cell from the lady inspector who had presented these four men in the Court. “Mr Shukla, you have made a mistake. You could be called again” I gave the lady cop my own piece of mind and that was that.

What do you think is the price paid by innocents to cough up Rs 100 crore a month for private state exchequers? Howsoever proper my bar is, if the agencies want to find a fault, they would. If I cough up Rs 2-3 lakhs per month from my profits, how do you think I could run my business? What happens to bar dancers now out on streets. Who feeds on their flesh.

Extortion under state protection has no recourse. Citizens needs deliverance from the very men whose salary is paid from their pockets. From men and women, they elect in political chairs.

None of us are happy with Maharashtra. Most of us want heads to roll. But how? How could there be a fair investigation when the Home Minister is still in his chair?

This brings us to investigation itself. I would’ve thought this is one area where Uddhav Thackeray government doesn’t suffer for want of speed. After all, only a few weeks back they wanted to probe tweets of Sachin Tendulkar and Lata Mangeshkar. Whether their views were a handiwork of Bharatiya Janata Party (BJP). Now, for a week, they are busy lobbing the ball in each other’s court.

What did they say on Sachin Vaze? “Honest” and “competent” right? Param Bir Singh was a model upright cop. So good that all major investigations came their way. And how do you think they’ve dealt with them? But for NIA, Vaze would still have been terrorising streets and bars. But for his confessions, Param Bir would still have been in chair. The honourable home minister wouldn’t be busy collecting his medical papers as evidence. Now all of them are bad. Except that Param Bir is still not suspended. Except that the home minister is still in his chair and being defended by both NCP and Congress.

Extortion, murder, blackmail, bombs: Since when have they become associated with Cops and not Underworld? What do we make of Palghar lynching now? How do we accept that Sushant Singh Rajput wasn’t murdered? Or his manager Disha Salian? Are skeletons in the closet reasons why CBI probe was opposed in both instances. Now ex-police commissioner himself wants a CBI investigation. I mean doesn’t he have faith in his own police, his own State’a apparatus, his own superiors. Could there be a more damning indictment on the state of affairs in Maharashtra? Where does it leave citizens?

Who do you think is to your aid now: Police, Politicians. Courts, Media, Who? How should we react next time they blame the central agency. But for exemplary NIA, we wouldn’t have heard a word on threat to Ambani and a murder committed. The price is not yet paid by them.

Who would now pay through nose to shift self or business to Mumbai. How would it effect the business environment of Aamchi Mumbai which gets drowned in seasonal rains and its citizens are left to their own fate be it Covid-19, extortion or a terror plot. The horror has come to roost in our lives.

How many Sachin Vaze are still out there?