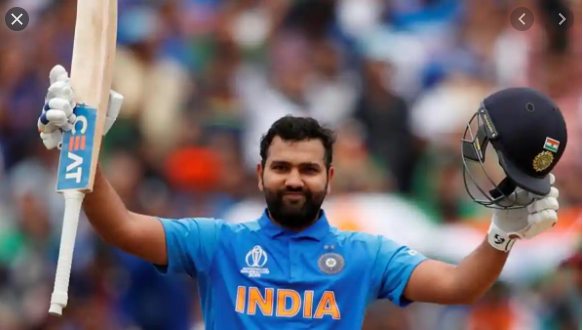 Sensational Indian batsman Rohit Sharma is among four sportspersons who have been recommended for Rajiv Gandhi Khel Ratna award, the highest sporting honour of the country.

It was learnt on Tuesday that along with Rohit, wrestler Vinesh Phogat, women’s table tennis player Manika Batra and Rio Paralympic gold-winning high jumper Mariappan Thangavelu have been recommended for the prestigious award by a 12-member selection committee of the sports ministry.

This is only the second time when four sportspersons have been recommended for Rajiv Gandhi award. The first such occasion was in 2016 when star shuttler PV Sindhu, gymnast Dipa Karmakar, shooter Jitu Rai and wrestler Sakshi Malik were collectively given the award.

It makes Rohit only the fourth cricketer after Sachin Tendulkar (1998), recently retired Mahendra Singh Dhoni (2007) and current captain Virat Kohli (2018) to be bestowed with this honour. Kohli had won it jointly with weightlifter Mirabai Chanu.

The committee comprised the likes of India’s ace opening batsman Virender Sehwag and former hockey captain Sardar Singh, among others.

Thirty-three year old Rohit has been in sensational form in the last two years while Vinesh was recognized for her gold medals in the 2018 Commonwealth and Asian Games, besides  bronze in the 2019 Asian Wrestling championships.

Thangavelu had won the gold medal in the 2016 Rio Paralympics in the T42 high jump category. T42 applies to athletes with single above the knee amputations or a disability that is comparable.

Star paddler Manika was recommended for her glorious year in 2018 when she won the Commonwealth Games gold media and Asian Games bronze in women’s singles.