Roy-Bhushan duo: we no longer believe you 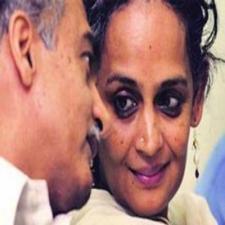 It is perfectly legitimate that Arundhati Roy-Prashant Bhushan may hold different opinion to mine. Like Azaan which a newly-born Muslim baby first hears, they probably heard of “democracy” when brought on to this world. Lately, their diaphragm is in spasm for the shouting of last few days. Roy and Bhushan have also taken to pen in be-my-guest news outlets such as Scroll and Indian Express.

Both of them are outraged and allege that Pune police have raided homes of “well-known” activists, poets, lawyers and priests and arrested five on trumped up charges. But then Osama bin Laden was also an engineer and “well-known.” So could a pursuit of him be termed as an “assault on democracy?” Who decides if your “civil right activists” are not “urban naxals” as they could be in my book?

Both are convinced Pune Police has no case against them. They probably read too much from Indian Express which has published the version of police commissioner R. Venkatesham but missed out on the latter’s comment that “all evidence have been scientifically analysed…many incrimination communications and evidence have come out which detail sending students to the interiors (jungles) for training, mobilizing money and holding discussions on weapons, the people to be authorized, to purchase these weapons and how they will be moved, besides more violent acts against security forces and other functionaries.”

Roy has rarely sounded so shrill and fake as she has in her Scroll article. She believes this action has been initiated because Modi is losing popularity and wants to divert attention from “scandalous” demonetization and purchase of Rafale aircrafts. Gauri Lankesh, farmers’ distress, dismantling of Jawaharlal Nehru University (JNU) all make her shed bucketful tears. Eyes closed, these would’ve appeared Rahul Gandhi’s words. Great minds do think alike and fools seldom differ.

Roy claims that none of the five arrested were present at the Elgar Parishad Rally of December 31, 2017. Well, when the World Trade Centre towers fell, Osama bin Laden was also not present in New York. This is the age of driverless cars and metros. There are no hands as you move in driverless metros. Ever heard of a remote control, Ms Roy?

Both of them never care to explain why their concern on human rights don’t extend to Kashmiri Pundits or policemen doing their duty in Jammu & Kashmir. Roy is for independence of Kashmir but I haven’t heard her support Assamese and their fears against illegal immigrants. Roy speaks lies as its nobody’s business – and when police wants her to stand by her words, she is nowhere to be found.

Similarly, why shouldn’t I be suspicious of Prashant Bhushan who was stripped of his credibility by none other than judicial Vatican of this country, i.e. Supreme Court. Bhushan and his NGO, Centre for Public Interest Litigation (CPIL) were slammed by SC which said “attempts were made to misrepresent and mislead the court by manufacturing evidence to cast a doubt on the circumstances leading to the death of judge Loya.”

Justice DY Chandrachud’s opinion on Bhushan are worth hearing in detail: “Prashant Bhushan adopted a dual mantle and went to the length of personally collecting evidence to bolster the case…the petition is a veiled attempt to launch a frontal attack on the independence of the judiciary and to dilute the credibility of judicial institutions.”

So Mr. Bhushan, why we must believe you are championing “democracy’ and not “subverting” it? You now find the evidence against five activists as flimsy but should we remind you of what Supreme Court thought of your absurd allegation of bribe against Narendra Modi?

Just look at all those who are moving mountains against the Pune police today—just jot down their names, the news outlets who support them, the political leaders who are joining the chorus. All of them call themselves as champions of “democracy” even though they have little regard or patience for its constitutional arbitrator, the Supreme Court which has granted house arrests for these very five “well-known” activists. To me eyes, I can spot the forces who’ve ganged up against my country called India and its very “democracy.”

Postscript: Meanwhile, read this account of Naxalites having links with Congress and Aam Aadmi Party (AAP) and make your own mind whether “urban naxals” could be a far real threat than the duo of Roy-Bhushan would make you believe.