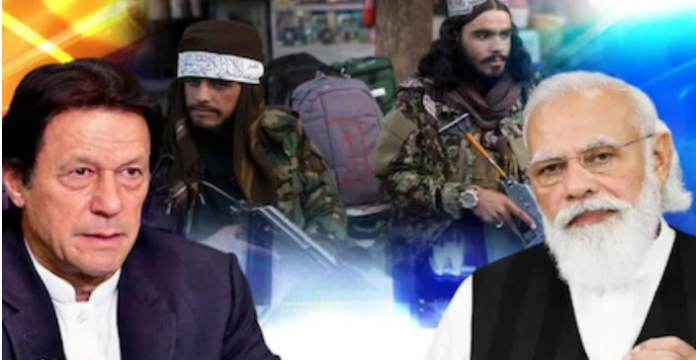 SAARC (South Asian Association for Regional Cooperation) appears dead. The meeting of its foreign ministers, originally scheduled to be held in New York tomorrow, now stands cancelled. Reason? Islamabad insisted that Talibans must sit on the talking table when no nation has recognised those presently in control of Afghanistan, including Pakistan! The intense rivalry between India and Pakistan, now several notches up, is also a catalyst.

SAARC was thus sought to be used by Pakistan to confer legitimacy on the Taliban. This attempt stands nipped in the bud as the meeting has been cancelled, and things may escalate further. The next SAARC summit is to be hosted by Islamabad and it may make a similar demand for Taliban participation there too raising heckles of other members.

SAARC has not held any meaningful discussions in the last five years since 2016. That year, a SAARC Summit, meaning the coming together of the heads of states was scheduled to be held on November 15-16 in Pakistan. Uri happened in September 2016, and India was the first country to pull out. Five others, Afghanistan, Bangladesh, Bhutan, Maldives and Sri Lanka followed suit. Another member Nepal could not pull out as it was then current chairman of SAARC!

The credit for being the first major trigger for undermining SAARC should go to the terrorist attack in Uri by four Jaish e Mohammad (JeM) terrorists on September 14. The JeM fidayeen squad breached the security of an Army camp at Uri on that day, leading to 17 deaths. It was then termed as “the worst attack in two decades on the security forces in Jammu & Kashmir’’. Indian Prime Minister Narendra Modi then ordered what is known as Surgical Strikes on terrorist camps in Pakistan Occupied Jammu & Kashmir (POJK).

Despite the Uri terrorist attack, and India’s Surgical Strikes thereafter, Pakistan officially maintained that these attacks did not happen. Incidentally, Pakistan was then headed by Prime Minister Nawaz Sharif, and underplaying Uri attack and its consequences was all he could do. Despite all this, Sharif was hopeful that the November SAARC summit could happen! A narrative was sought to be built that the Uri attack could have been the handiwork of “Non State Actors’’ and the Pakistani government was not involved.

This was just nothing else but Sharif’s attempts to salvage India-Pakistan ties lying in tatters at that time. In the sub-continent’s history, Sharif’s efforts to mend fences with India were buried in dung heap by General Pervez Musharraf in May 1999 through Kargil intrusions which led to a war later. In 2016, his efforts to buy peace with India were undone by Jaish e Mohammad terrorists. That way, Sharif has the rare honour of being a Pakistani PM betrayed by his “State Actors’’ (General Musharaff was sure an official of the Pakistani government) and “Non State Actors’’ (JeM terrorists, terror proxies of Pakistan Army).

After SAARC fiasco, Pakistan is now making efforts at UN to allow participation of a Taliban representative! Taliban have designated its spokesman Suhail Shaheen as its UN representative. An announcement to this effect was made by Taliban foreign minister Amir Khan Muttaqi. Incidentally, Muttaqi is a UN designated terrorist!

By cynically trying to use SAARC to prop up the Taliban, Pakistan may have struck the last nail in SAARC’s coffin. Declaring that SAARC is dead and its formal burial remains now.

On March 1 this year, over six months ago, Prime Minister Narendra Modi got his first dose of Bharat Biotech’s Covaxin at All India...