Sachin Vaze arrest: If I was Shiv Shena, I would be very worried 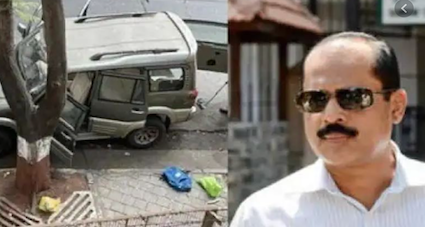 It would be interesting to see how Shiv Sena deflects the fire around controversial cop Sachin Vaze’s arrest in coming days.

The party, led by chief minister Uddhav Thackeray, could be sure neither Congress nor NCP, their partners in the Maharashtra government, would make much trouble; and that prepaid media would remain an asset.  But public perception is a sword which is only seen once it has struck its target in polls.

Led by Sanjay Rout, err… Raut, Vaze has been praised for his honesty, and some unrelated deaths have been shown to portray as if some sort of conspiracy is working overtime behind the curtains but the truth is there have been some clinching evidences and they have been shared with the State ATS officials as well. Besides the fact as to who reinstated Sachin Vaze from his suspension after 16 long years would remain in air. Forever.

You could debate that it doesn’t behove  NIA to “leak” it’s findings in public sphere but when the ecosystem is this powerful, you need public opinion at all times to beat the ecosystem in its own game.

Consider this: NIA claims that Scorpio and white Innova moved together in early hours of February 25, one after the other, and the driver of first (Mansukh Hiren), left explosive-laden SUV outside Antilia and took the seat in following white Innova to leave the site. Ten days later, Hiren is found dead.

Now predictably Vaze initially denied his hand in the crime. But NIA is NIA for nothing. It has footage that Vaze and Hiren met on February 25 at VT station. There are Sachin’s finger prints too on SUV. His phone too corroborates the NIA’s construction of crime. It’s said that Sachin Vaze has confessed his role, as well as named some high state political figures.

Much as Vaze is allowed to hang out to dry, it’s given that in coming days, the entire “plot” around Arnab Goswami, if there was one, would be up for public spectacle. There would be insights on how his harassment was planned, who gave Vaze the order to humiliate and manhandle the star anchor in his own residence, dragged by the collar as it were, thrown into a van fit for drug-paddlers and bootleggers —no courtesy of a normal vehicle—; the entire TRP plot, if there was one, how Republic TV was targetted, BRC arrests, the said architect’s death due to Arnab’s tight-fisted attitude on due-money etc, how Goswami couldn’t get initial bail, how he couldn’t avoid judicial custody of a five days, thrown in jail where he feared for his life—all would be washed in public.

Who know the death of Sushant Singh Rajput and his manager again starts receiving public attention? Or Kangana Ranaut? Or Mumbai police commissioner Param Bir Singh? And all this in the season of polls? Where would this all lead to? Congress being made to act honest? Corporates turning the tap off on political parties given how insecure they are in India? If Ambani not safe then who is?

The road of redemption, my guess is, would be long for Maharashtra police and  possibly Shiv Sena, and who knows Congress.  That’s why the words of Sachin Vaze that his end is near acquires sinister implications–and probability

Hold your seat tight, the air next few days could carry political consequences

(There is a developing story where BJP MP Kirit Somaiya has named two Shiv Sena leaders who are business partners with Sachin Vaze. You could read all about it here).