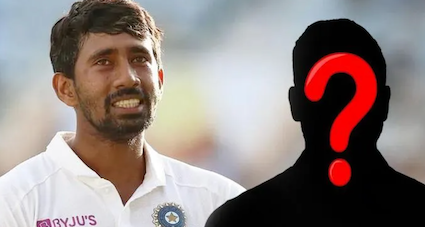 In all likelihood, we won’t hear more on the journalist saga of Wriddhiman Saha.

The concerned cricketer says he wanted to make a point and doesn’t want to pull a person down.

The Indian Cricketers Association (ICA) won’t pursue it either as its representative Pragyan Ojha says it’s Saha’s decision to pull or plug the matter.

The Indian cricket board similarly would tell us that the concerned cricketer doesn’t want to join the issue.

So a man, who just 24 hours earlier, was fuming at Board’s president, team’s coach and the “respected” journalist, was just having a brain-fade.

If you are a Dada (Sourav Ganguly) fan, and wondering how could he offer Saha an assured selection without being in the selection committee, don’t let your coffee get cold.

And if the insolence of the “respected journalist” has offended you, who are you if it no longer concerns the victim?

Only, there are a couple of things you should keep in mind if issues on cricket concern you in future.

One, as in life so in cricket, always follow the trail of money as it is the default position of any investigation.

Two, if this hold of money compromises the cleanliness of cricket you watch.

We have a “respected journalist” who is openly threatening a Test cricketer— “I don’t take insults kindly—and I will remember this.”

Now how could a journalist hurt a cricketer who has just been told your days in Indian cricket are over?

The logical surmise is Indian Premier League (IPL) in which this Indian cricketer still has takers—he would be padding up behind and in front of stumps for Gujarat Titans, picked up for Rs 1.9 crores.

This “respected” journalist apparently has access to the owner of an IPL franchisee with mega investment in various sports; a cash cow to the Indian cricket board to which it is beholden, besides business interest in the State to which this journalist belongs.

A journalist could command this position through his pen—which, let’s be fair is dispensable—or if he gets doors opened by dropping names of politicians, corporates, celebrities and of course cricketers.

In due course, such a “respected” journalist, has the ears of elites who are eyeing profits or political connections, and thus is tolerated as a necessary nuisance.

From this emanates his source of respect which he leverages on seemingly honourable cricketers, beholden as they are, as anyone would be, to groovy train of IPL.

Remember, these are very cricketers who could get a Harsha Bhogle or Sanjay Manjrekar sacked from their professional duties for a stray remark which hurts their egos.

But this “respected journalist” apparently is bigger than both, and our superstar cricketers are willing to swallow the insult to a fellow cricketer who has played no less Tests than Yuvraj Singh and has hit as many hundreds as legendary Vijay Merchant.

Now if this means our superstar cricketers are amenable to pressure, it must make you wonder to what extent this pressure could be exerted by the franchisees and the Indian cricket board; and if it affects the purity of the game you watch.

What it means to the free-spirit of a young man who only has his skill to go by in life and that too for 10-20 years at the most?

If he hasn’t secured himself by 40, he has little awaiting him outside his cricketing whites.

He can’t afford to stay out of the system, which in today’s world is controlled by franchisees and the big buck they bring on the table.

Along with the Indian cricket board, franchisees have an intimidatory hold on cricketers.

Sometimes a decider of a Test, in a series where we rarely win, is unhinged to suit these very merchants.

What it does to your unbridled love for the game; the heroes you admire; the future you see in the game for your kid; I guess needs a sobering check.