Scindia is a blow in the guts for Gandhis: The writing is on the wall 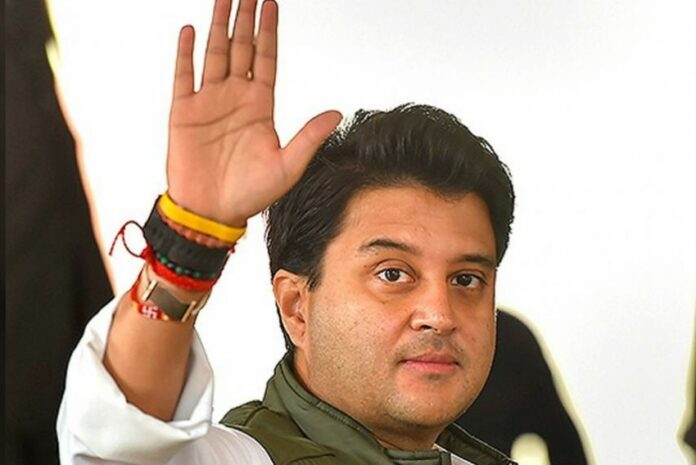 If a popular vote is to be taken, Jyotiraditya Scindia would only be second to Rahul Gandhi as a major Congress leader in the mind of millions.

Maybe not in the minds of Sonia Gandhi and Rahul himself, or Priyanka Gandhi-Vadra, or the cronies who go by the name of Kamal Naths, Anand Sharmas, Ghulam Nabi Azads and Randeep Surjewala. But take a vote and Scindia would be second to none but Rahul Gandhi.

Sonia’s Congress has lost little time in dubbing Scindia as a traitor. People like Jairam Ramesh are talking about ideological betrayals. Who are we to tell him that when Congress joined hands with Indian Union Muslim League (IUML), Shiv Sena and even Asaduddin Owaisi once, they were hardly being true to their façade of “secularism.”

Congress would also not accept that young leaders are being sidelined in the party’s hierarchy. So a Shashi Tharoor loses out to Adhir Ranjan Chowdhury in Lok Sabha as party head; a Sachin Pilot is an outcast in Rajasthan; a Milind Deora is gathering moss through neglect and we all know what happened to Hemant Biswa Sarma.  Did we also tell that Jagannath Reddy and his mother once was badly humiliated by Gandhis once?

A favourite Congress tactics has been to discourage rise of young leaders. At the same time they won’t allow a regional satrap to get too strong either. Thus a Capt. Amrinder Singh has a Navjot Singh Sidhu on his tails in Punjab.  A Ashok Tanwar would be at the heels of a Hooda. The Congress archives carry similar neglect of a Chandrashekhar or Morarji Desai or Jagjivan Ram. The bottom line: Anybody who could be seen as fit to replace Gandhis as party’s leader is sidelined in no time. Do you think our Gandhis face opposition from the likes of Motilal Vohra or Ambika Soni in the Congress central command? No chance.

Any young leader, who perceives another fruitful 20-30 years in politics, with a modicum of self-respect and talent, is unlikely to see Priyanka Gandhi-Vadra vault over all of them, be as a member of Congress’ core committee or as she is now being pushed to be a member of the Rajya Sabha. A woman who is tarred by the reputation of her husband and now by her own machinations on paintings, whose short-temper had bruised most who were around her during the 2019 General Elections in Uttar Pradesh, won’t be accepted by any self-respecting politician. More so someone like Scindia who has lived through the grime and dust of electoral politics for nearly two decades now.

The Gandhis took little notice that at least 22 present MLAs who make up Congress’ tally in Madhya Pradesh assembly were hand-picked up by Scindia during the state elections in 2018. The likes of Kamal Nath and Digvijay Singh had their own reasons for sidelining Scindia since they are busy promoting their own kith and kin as GenNext leaders. But Gandhis ignored all this. They were more interested in securing nobody becomes a challenge to them at the pole position of the party.

It’s clear as daylight that Gandhis at this moment are neither concerned by India nor the well-being of Congress. They couldn’t give a damn about “secularism” or “ideology” leave alone “Constitution” or “democracy.” All they are worried about is saving their own skin. To somehow remain in control of rthe party. hey wouldn’t care a fig about Muslims too who by and large are economically backwards. Unfortunately, Indian Muslims begin with the default position of “Anyone but BJP.”