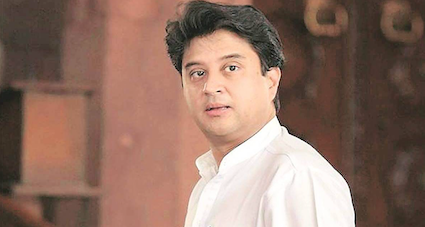 Civil Aviation Minister Jyotiraditya Scindia took to Twitter to slam activist-lawyer Prashant Bhushan regarding one of his posts where the growth of Airways was compared to railways and requested him to not resort to distortion.

However, Scindia called out the wrong interpretation of his statement and clarified that his statement was about the number of people travelling in railways compared to Airways and how the compounded annual growth had been greater in Airways than Railways in the last five years.

He had said, “Presently, 18.5 crore people travel in Railways second class and upwards and 14.5 crore people use airways to travel but the difference is in compounded annual growth rate which is limited to 5.6 % in railways and 10.5 % in airways in the last five years. I can guarantee that within 6-8 years, people will take part in Air travel more than railways first and second class”