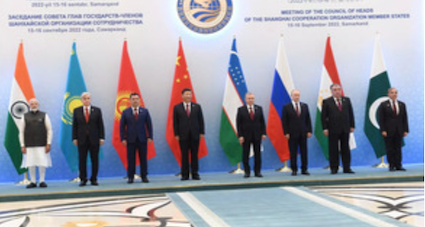 The member countries of the Shanghai Cooperation Organization (SCO) are serious about switching to settlements in national currencies, but it takes time. Russian presidential envoy for the SCO affairs and Foreign Ministry ambassador-at-large Bakhtiyer Khakimov told TASS on Monday.

“This is not an easy task. The roadmap for the gradual increase in the share of national currencies in mutual settlements, adopted at the SCO summit in Samarkand, clearly spells out all the stages. Therefore, I do not think that this process will be accelerated, but the intention is serious,” he said.

The Russian presidential envoy drew attention to the fact that Russia’s Finance Ministry and the Central Bank, together with VEB.RF, participated in the development of the roadmap.

“They intend to continue this work,” he said.

As Khakimov said, the roadmap was prepared not from scratch, but taking into account the experience that exists in bilateral relations.

“For example, Russia and China are intensively using the ruble and yuan in bilateral trade. There are such examples in relations with other states. Therefore, the roadmap is the basis for solving this task in the format of interested states,” he added.

The diplomat stressed that the parties are not discussing the creation of a single SCO currency. “As before, to a large extent, the economies of the SCO member states are tied to the world currency, so far there is no getting away from it,” he explained.