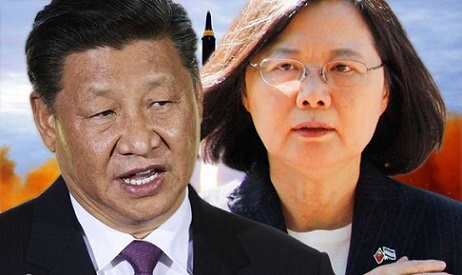 It isn’t as if high-level US officials have never visited Taiwan before. There are instances of Keith Krach (US under-secretary of state) and Alex Azar (health secretary) to have touched down on Taipei. But a visit by a US intelligence officer on Sunday is likely to make war drums louder in the South China Sea.

Rear Admiral Michael Studeman, director of intelligence at the Indo-Pacific command, has visited Taiwan clandestinely. He arrived on a US Gulfstream C-37 jet, meant for flights to senior US government officials and congressmen, on Sunday evening.

Both the Taiwan’s defence ministry and the de facto US embassy in Taipei are tight-lipped about it.

Studeman’s visit is viewed towards making necessary arrangements for US intelligence, security and strategic deployment in the Indo-Pacific region.

The visit by an Indo-Pacific Command intelligence officer is seen as highly sensitive amidst the growing cross-strait tension between the mainland and Taiwan. It’s seen as an unusual visit and would surefire make Beijing adopt a more hawkish approach.

Beijing treats Taiwan as its own territory and has often threatened force to bring it to its heels. It has ramped up pressure against the self-ruled island of developed nation category. There are frequent drills and war games staged around the island. Beijing has made nearly 1,760 sorties.

President Donald Trump has been vocal in his support for Taiwan as a strategy to counter Beijing. The latter is restless at this growing clout of Taiwan in international community.