September 1: A launch when India could’ve lost J & K but for this man 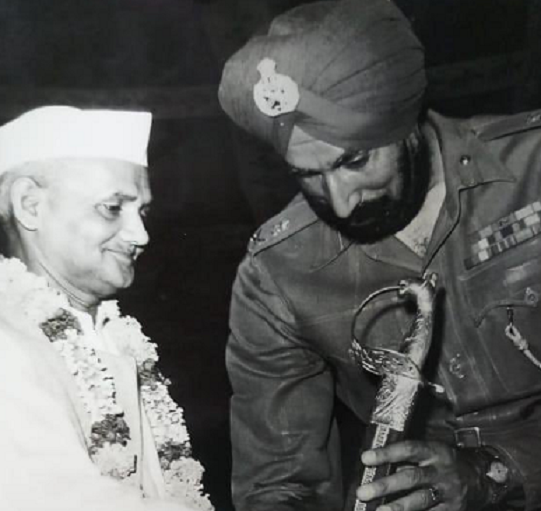 Changing horses midstream is considered a very silly and stupid idea, to be avoided always. Yet, this was precisely what Pakistani dictator Ayub Khan did in 1965 war that he had initiated with India to wrest control of Jammu and Kashmir. This is what led ultimately to stalemate on the Akhnoor front which he had meticulously planned to capture. His objective was to cut off Rajouri and Poonch by capture of the vital bridge on the Chenab, then advance to Jammu.

In 1965, Pakistani dictator Ayub Khan thought that a demoralised India, after its 1962 military defeat at the hands of the Chinese, was vulnerable. He also knew that rearmament and strengthening of Indian military capabilities had started in early 1963 as a five-year plan had been initiated.

Ayub knew clearly that once this plan had been executed, it would be impossible for Pakistan to wrest Jammu and Kashmir away from India. The Indian army would grow to become a million strong and also have better training and equipment after this period. These calculations, and significant encouragement by the Chinese, and modern weapons supplied by the US, emboldened him to launch Operation Grand Slam, the second war of J&K.

By May 1965, Pakistan had finalised all the planning for launching attacks both in Jammu and Kashmir regions. Over the next couple of months, troops were selected, trained and amassed in forward locations. By late July, the execution of the plans started and Pakistani troops started infiltrating Indian territory in one’s and two’s. By the first week of August that year, close to 5,000 Pakistani soldiers had infiltrated, for internal sabotage all over J&K.

The real forward thrust of Op Grand Slam was the attack in Chhamb-Jorian sector launched early morning on September 1. The objective was to capture the vital Akhnoor bridge on the Chenab to cut off Rajouri and Poonch districts. Once this had happened, Pakistani plans were to attack Jammu, 32 km away lying to the east of Akhnoor, and take control of land route to Kashmir and beyond.

The attacking force, having an ideal 6: 1 ratio against the defenders, was armed with M47 Patton and M48 Patton tanks supplied by the Americans. These were vastly superior to the few AMX-13 tanks the Indian army had at that time in this sector which was poorly defended to deal with such an onslaught.

Why did Pakistan fail to capture Akhnoor, its main objective, then despite all odds heavily in its favour? For that, India needs to perhaps thank Ayub no end as he committed a grave tactical mistake of providing 1-day breather to India by halting attacks on September 2. This happened as Ayub replaced Major General Akhtar Hussain Malik who was leading the assualt troops, with Major General Yahya Khan. Literally, it was a case of changing horses mid-stream!

This proved enough for India to rush additional troops in that area, along with some tanks, and some anti-tank guns. All this was enough to break the initial momentum and element of surprise which Pakistan had achieved on day 1 of the assault. On September 3, when the Pakistanis launched the attack again, the sharp edge it had initially was all but lost.

This led to a stalemate with heavy losses on both sides and considerably slowed down the attackers. As they moved north in their forward thrust, the mighty Chenab and hills helped the Indian side. Away from the western bank, the hills provided suitable terrain to dig in defences and the invaluable gift of time was provided by Ayub Khan himself! His over-confidence in Yahya’s capabilities and superior weaponry Pakistani army possessed defeated his own objective!

Western Army Commander Lt Gen Harbaksh Singh (above with his family in later years) defied Army Chief J N Choudhary to tell his formations to attack some Pakistani positions. Acting on his orders, the Indian army opened another front in Pakistan Punjab and launched assaults on the cities of Lahore and Sialkot, almost 100 km apart. This threw Pakistani forces entirely off-balance, with a massive withdrawal witnessed from the Akhnoor front for defence of these cities!

The superior weaponry, 6: 1 ratio of attacking forces, coupled with massive armoured thrust provided by the Patton tanks, were all laid waste by the 1-day breather Ayub himself had gifted away! The loss of stretegic Haji Pir bulge to 1 Para of Indian forces on August 28 was also a serious setback for the Pakistanis. The assault movement of 1 Corps and 11 Corps of the Indian army against Pakistan Punjab on September 6 was hugely unnerving for the enemy. It had never imagined, leave side factored, in this situation that India could launch any attack!

It may be interesting to note that 1 played an important role in all these happenings. Be it 1 Para, September 1, 1-day halt in Pakistan’s attack, 1 Corps and 11 Corps! Lt Gen Harbaksh Singh, the Western Army Commander, was from 1 Sikh, the first unit that had landed in Srinagar on October 27, 1947.

(Lt. Gen Harbaksh Singh, was a senior general officer in the Indian army. As the Western Army commander, Singh commanded the Indian army forces and played a critical role in the1965 India-Pakistan war. For his role in the ewar, he was later awarded the Padma Vibhushan in 1966.)