September 27: When Modi and Imran would address the UN 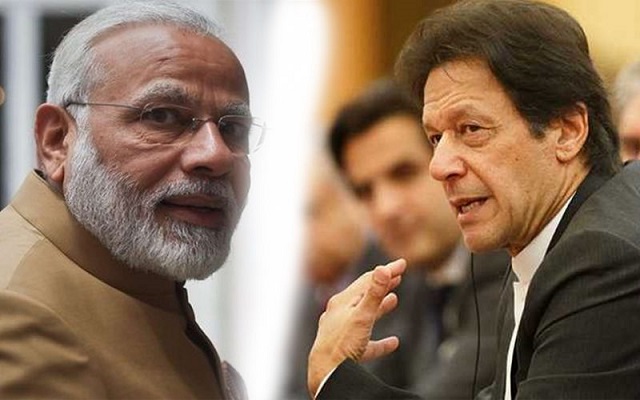 On September 27, Indian and Pakistan’s prime ministers, Narendra Modi and Imran Khan, would address the United Nations General Assembly in New York. Much would be said on Kashmir which indeed was the reason the two countries went to war in 1949, 1965 and 1999. The air is thick with war-clouds this time too as India’s defence minister Rajnath Singh has shunned the No-First-Use Nucelar policy and Imran Khan, in an op-ed in New York Times, has asked the world to face the consequences if a nuclear war indeed breaks out between the two nations.

A nuclear war between wouldn’t just be devastating for the two countries, it would also be an ecological disaster for South Asia. The two countries, in their long, shared and bitter history, have never come to agree on the No-War framework. A close look at peace attempts after each, successive wars between the two neighbours:

After Pakistan’s first attempt to seize Kashmir by force in 1947 failed, ending in a cease-fire, a forced division of Kashmir, and a search for some kind of negotiated settlement, Indian Prime Minister Jawaharlal Nehru, in 1949, offered Pakistan a no-war declaration. Pakistan’s Prime Minister Liaquat Ali Khan accepted, provided there was a timetable for settling all outstanding disputes through negotiation and arbitration. No timetable was forthcoming, and no arbitration was agreeable to India.

The two subsequent wars between India and Pakistan also resulted in promises that are in line with the ideas that might underlie a No War agreement. The first of these wars took place in 1965, when beefed up by US military aid and weapons and training, and feeling secure in its patron, Pakistan was ready to try again to force a resolution of the Kashmir issue. It sent in soldiers under cover as insurgents to try to instigate an uprising among Kashmiris against Indian rule. The plan failed and Indian troops invaded Pakistan in reprisal.

The war lasted only 17 days, and both countries looked for arbitration which was provided by the Soviet Union, and led in January 1966 to India and Pakistan signing the Tashkent Declaration, declaring that they would “settle their disputes through peaceful means,” commit to “the principle of non-interference in the internal affairs of each other,” and “discourage any propaganda directed against the other country.” It was all for naught.

A few years later, in 1971, there was the third India-Pakistan war, the only one that has not been about Kashmir. This war resulted in a humiliating defeat for Pakistan and the independence of the former East Pakistan as the new state of Bangladesh. In the Simla Agreement ending that conflict, India and Pakistan again agreed to settle differences peacefully through bilateral talks or any other mutually agreed-upon means.

Having failed in war and with no prospect of negotiations on Kashmir, Pakistan resorted to supporting militant movements both in Kashmir and elsewhere in India. This option came into its own in the late-1980s. Pakistan’s weapon of choice was to redeploy the Islamist militants who, with active US support, had fought in Afghanistan against the Soviet Union. Once unleashed on Kashmir, the Islamists changed the nature of the struggle there, making it increasingly violent and brutal. Since then India has suffered attacks on numerous civilian targets, including the hijacking of a commercial airliner, an attack on its parliament, carnage in Mumbai, and deadly attacks on military camps and civilians.

Amidst all this, the no-war pact surfaced again in 1981. Pakistan’s ruler General Zia-ul Haq, who had taken power in a coup in 1977, made the offer “to enter into immediate consultations with India for the purpose of exchanging mutual guarantees of non-aggression and non-use of force.” The two sides exchanged detailed position papers but the process soon stalled over Kashmir. Still, India’s prime minister, Indira Gandhi, declared that even without a no-war pact, India would not attack Pakistan first. In 1984, the two countries tried again to explore this option, but no agreement could be reached.

In the aftermath of the nuclear tests in 1998, to show that they were capable of acting responsibly, the leaders of India and Pakistan agreed as part of the Lahore Declaration of February 1999 to intensify their efforts to resolve all issues. This was to include settling the issue of Kashmir, refraining from intervention and interference in each other’s internal affairs, and combating the menace of terrorism in all its manifestations. These intentions were to prove short lived as the two countries went to war in mid-1999 in the Kargil area of Ladakh in Kashmir.

The no-war pact proposal was put back on the table by Pakistan’s General Pervez Musharraf at the United Nations Millennium Summit in September 2000. India declined. Coming so soon after the Kargil war, India’s reluctance was to be expected; Indians thought that such an agreement would provide Pakistan a shield behind which to run its proxy wars in Kashmir without fear of large-scale reprisal. Musharraf, after all, was the architect of the Kargil war.

Things have changed radically since then, however. Pakistan has recognized that in a nuclear-armed subcontinent, Kashmir cannot be wrested from India by force. In addition to having suffered blowback from promoting Islamist militants as proxies, it also understands that no state can now be seen to support Islamist guerrillas without eliciting international censure. In fact, Pakistan is currently under scrutiny by the international Financial Action Task Force (FATF), which was formed to fight terrorist financing and money laundering. Such scrutiny puts Pakistan at risk of sanctions, which it can ill afford given its severe economic crisis.

(This piece is an edited version of the one which appeared in globalresearch.ca on Tuesday).