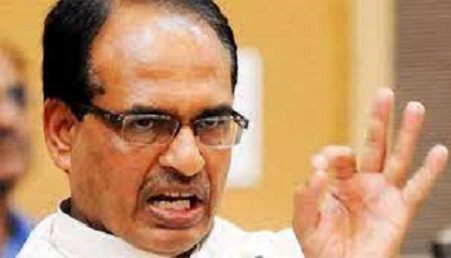 Shivraj Singh Chouhan has been in news like he has never been before. I mean for a chief minister in his fourth term, an MP of five times, this man in his 60s who gave himself the moniker of “Mama”, Chouhan is making people sit up and take note with his belligerence.

Now “Mama” was the alias Shivraj had given to himself for being the protector of women and children in his state of Madhya Pradesh. It might seem a reasonable title given how, with gusto, he has gone about legislating the “Love Jihad” law in the state. But where was this belligerence in all these decades? Why now?

Let’s first get a barometer on his belligerence. As 2020 was closing out, he gave a speech (see video) in which he said: “Aajkal aapan khatarnak mood mein hain…Sun lo re, Madhya Pradesh chhod dena nahin to jameen mein gaad dunga dus feet, kahin pata nahi chalega (These days I am in a dangerous mood…Hear me loud and clear (to land mafia): Leave Madhya Pradesh as quickly as you could or I would bury you 10 feet below the ground, nobody would know about your whereabouts.)

This morning Chouhan has taken on the stone-pelters. “Till now, it (stone-pelting) was considered a minor offence but we are bringing a law which will make the offenders pay.” The provocation was the stone-pelting on two right-wing rallies in Indore, Ujjain and Mandsaur districts, seeking donation for the construction of Ram Temple in Ayodhya.

And as on “Love-Jihad”, his words while bringing on the ordnance and then legislation is not forgotten: “If anyone tries to do something disgusting with our daughters, then I will break you. If someone plots religious conversion, or does anything like `Love Jihad’, he will be destroyed.”

Now such language and measures are straight from the copybook of Yogi Adityanath. He too promised attachment of properties of trouble-makers like Chouhan has done with stone-pelters. He too took the lead on Love Jihad. He too has been relentless against mafia in Uttar Pradesh.

So, a direct corollary is that Chouhan isn’t afraid to follow a good lead even if it emerges from a newbie which Yogi Adityanath is in administration. It also is a reflection that in their bid to clean-up India of its distortions, the BJP in governance—be it in state or Centre—are willing to bite the bullet, be it Article 370, CAA, farmers or Love Jihad issue. Their critics call it the polarization techniques of right-wing BJP which is a pure nonsense: Tags would matter little if J and K is aligned with Indian State; homeless Indians fleeing from neighbouring states are given their legitimate rights, and women are stopped being abused in the guise of love.

Politicians look to be on the side of their audience, like FMCG companies are for consumers. If in today’s surcharged air, ambiguity is sacrificed and citizens know where a politician stand, it’s not a bad thing either. And it would be pointless to accuse that BJP is favouring only majority: Triple Talaq freed up a half of Muslims in this country.

This logic straightaway leads us to Jyotiraditya Scindia’s door. The young Congress leader switched allegiance to BJP, bringing down the Kamal Nath government, and played a major role in Chouhan’s restoration as chief minister after his party had lost the 2018 elections. The subsequent bypolls cleared any lingering doubt on Chouhan’s tenure as chief minister.

Scindia’s camp had instant reward when 14 of his defectors were made ministers in the MP cabinet in July 2019. After the bypolls though, only 3 have been anointed as ministers and many others have been kept waiting for the next expansion of the cabinet. So its true about quite a few from the BJP too, who are many times bigger in number, and are still not accommodated in the ministerial berths.

All this could be a method to subtly convey to Scindia about the BJP culture where cadre discipline is given precedence over personal ambitions. Scindia, having been in Congress all his political life, could have been steeped in that culture of personal advancement. It doesn’t work that way in BJP. By the looks of it, Scindia is cool about this development and made light of the fact that many of his loyalists were ignored in the first phase of cabinet expansion after bypolls. He is buying the BJP ethos which is good.

It’s clear that BJP is in a belligerent mode. Long-standing leaders are willing to use tough language and tough acts, dropping niceties, in what is good for the society for which, let’s admit it, they have been empowered with by the citizens. Citizens empower a Party; and the party pays back the favour which they feel is for the common good.