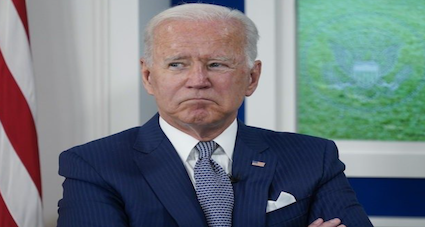 Tesla and SpaceX CEO Elon Musk recently took a shot at President Joe Biden, suggesting the introduction of an age limit of “just below 70” for elected officials.

The Byte reports that SpaceX and Tesla CEO Elon Musk has taken another shot at President Joe Biden, this time joking about the President’s age. “Let’s set an age limit after which you can’t run for political office, perhaps a number just below 70,” Musk tweeted.

Musk’s tweet may indeed be a “69” joke as well as a legitimate political idea. In September, Musk mocked Biden after a user noted that the President had failed to acknowledge the Inspiration4 mission’s success. One of Musk’s Twitter followers asked him: “The President of the United States has refused to even acknowledge the 4 newest American astronauts who helped raise hundreds of millions of dollars for St. Jude. What’s your theory on why that is?”

Musk has since implied that Biden is biased against Tesla and that the current administration is “controlled by unions.” While speaking at the Code Conference in California in September, Musk was asked about the tweet related to the Inspiration4 mission in which he criticized President Biden. Musk responded that Biden is “not the friendliest,” pointing specifically to an electric vehicle event that the White House hosted in August — one which Tesla was not invited to.

He added that the Biden administration is a “little biased or something … just not the friendliest administration… Seems to be controlled by unions.”