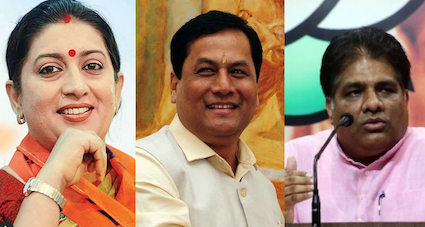 Minister for Women and Child Development, Smriti Irani, Environment and Labour Minister Bhupender Yadav and Ports Minister Sarbananda Sonowal are now in the Cabinet Committee on Political Affairs, which is headed by PM Narendra Modi.

Ministers including Narayan Rane, Jyotiraditya Scindia and Ashwini Vaishnaw are now in the Cabinet Committee on Investment and Growth which is also headed by PM Modi.

Minister of Housing and Urban Affairs, Hardeep Puri is part of two committees — accommodation and employment and skill development while agriculture minister Narendra Singh Tomar is part of four committees including economic affairs and political affairs.

However, there has been no change in the Cabinet Committee on Security that includes Prime Minister, the Defence Minister, Home Minister Amit Shah, Finance Minister Nirmala Sitharaman and External Affairs Minister Subrahmanyam Jaishankar.