‘So any Tom, Dick and Harry can write anything?’ Delhi HC to ‘ardent Rahul Gandhi fan’ 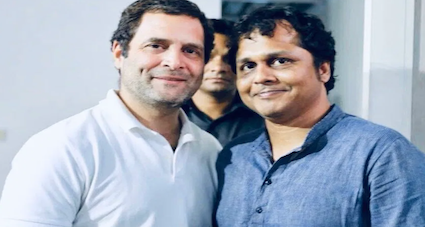 The Delhi High Court came down heavily on freelance journalist and ardent Rahul Gandhi fan Saket Gokhale over his tweets questioning the source of income of Union Minister Hardeep Puri’s wife and former Indian diplomat Lakshmi Puri to buy a house in Geneva in 2006.

In a series of tweets, Gokhale last month claimed that Puri owned property in Switzerland that was disproportionate to her income. About his allegations, Justice C Hari Shankar asked Gokhale if he had approached Puri or the authorities before making claims on a public platform. “How can you be vilifying people like this?” the court asked.

“You [Mr. Gokhale] are a citizen does not mean you can damage the reputation of someone else. Reputation has been held to be a fundamental right. Before you throw mud at someone, you have to first do an entire due diligence exercise,” Justice C. Hari Shankar said while launching a direct attack on Gokhale.

While Saket failed to show the court that he did fact-check before making allegations, the High Court questioned, “So any Tom, Dick and Harry can write anything vilification against anyone on the internet”.

The Delhi High Court asked whether Saket Gokhale had approached authorities to verify your claims. “If you do not have a judgment in support, tell the Court. Don’t go on tangents,”

The court further asked “whether the law permitted any citizen who had any grievance against a retired public servant or against a person standing for election, regarding any declaration or affidavit made by such persons, to make allegation on social media platforms without in the first instance seeking any clarification either from the said person or from any competent public authority”.

Former Indian Diplomat Lakshmi Puri had sent a legal notice to Gokhale for his posts on Twitter casting aspersions that the couple had undisclosed income through which they purchased property in Switzerland.

Senior advocate Maninder Singh, representing Ms. Puri, presented all the facts and documents with the court claiming that his client Lakshmi M Puri was not holding any public office and demonstrated how mala fide Saket Gokhale was.

Singh also attacked Gokhale for his alleged business of taking money from people in the name of funds on a constant basis. Singh said this is a new way to earn money, a new business method to first embarrass and harass somebody who’s retired after serving for years.

“When he gets a notice, he says, “Oh, oh, you’re intimidating me.” New business model. Our prayer is he has to remove this defamatory material,” Advocate Maninder Singh said on Gokhale’s ‘crowdfunding’ initiatives.

Meanwhile, The court said it will pronounce its judgment on the suit on Tuesday next week.