Social Media would be regulated soon if history is any guide 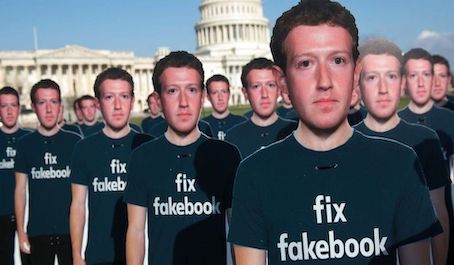 Social Media is a way of life now. But it’s darker side is being more and more manifest, says Dr Aim Sinpeng, a lecturer in University of Sydney who has brought out an edited volume on its impact in South East Asian nations.

As per Dr Sinpeng, social media platforms have helped the political parties to strengthen their grassroots level, often causing revolution.

For instance, Malaysia’s 14th general election was not decided by the public rather over WhatsApp and Facebook. Social media helped the opposition led by the former prime minister Mahathir Mohamad to end the 60-year rule of the Barisan National coalition. The result was hailed as a victory for and showed social media’s power to mobilize grassroots political action support.

In 2019, national elections in Indonesia, Thailand, and the Philippines saw politicians, faith groups, and other actors directly employing digital platforms to mobilize supporters.

In India too, over the past seven years, the Bhartiya Janata Party has built a formidable social media infrastructure, one of the largest in terms of recognition, reach and influence. BJP’s dominance can be understood by the fact that at least 23 BJP leaders from the state have verified accounts on all social media platforms- Facebook, Twitter, and Instagram.

It has not only fed the political parties but has also led to unprecedented levels of grassroots activism across societies, especially in authoritarian regimes

In Myanmar, the arrival of Facebook resulted in the growth of the LGBTQ movement, with &Proud, one of the largest LGBT group, having approximately 1,00,000 likes on its community page.

The internet has also contributed significantly to other autocratic regimes such as Thailand and Vietnam. In Hanoi, the capital of Vietnam, there was a spontaneous campaign and protest against the government on Facebook for a tree felling plan that ultimately forced the government to revert their decision.

But what comes as the biggest challenge with this development is the crisis of fake news. Growing social media has also resulted in a large number of people becoming victims of fake news and disinformation campaigns. Doctored videos and fake messages are routinely circulated via popular platforms such as WhatsApp and TikTok, sometimes triggering communal tensions, cases of lynching, and negative stereotyping of individuals, specific groups, and communities.

Governments and authorities repeatedly engage themselves in issuing a clarification to keep people away from falling prey to rumors and fake news. Taking it one step above, several countries have even passed a law against

In Cambodia, a regulation was signed in May 2018 allowing investigation of media websites spreading what it considers fake news.

In Indonesia, the government has been stepping up measures for the last 2 years. Indonesian President Joko Widodo in January 2018 appointed a chairman of the newly established National Cyber and Encryption Agency to combat “fake news on social media” along with the state intelligence agency and the police.

Social media giants are also looking proactive in taking an approach to solving the wicked problem of misinformation. Facebook in particular is moving towards “glocalizing” their solutions – relying more on regional and country experts to help alleviate some of these sticky problems.

social media still has the potential to bring people together to promote change, but people using social media to spread fake news during Southeast Asia’s elections in 2019 created a major concern. Disinformation and hate speech has become an essential part of political campaigns.

It is of vital importance that the disunity and division caused by fake news be corrected. The first step is to improve the populace’s digital literacy. The second and potentially more problematic is establishing a local set of norms and standards regarding social media content during elections. Otherwise, fake news may be the spark the burns the region’s fragile democracies to the ground.

Worldwide, though it’s inevitable that Social Media would be brought under regulation.

Twitter, which once was refusing demands by Congress to stop terrorists from using its platform, have done an about face. It’s culling terrorists and their sympathisers from its platform. Facebook too has a number of counter-terrorism programmes. Europe is aggressively tackling online hate speech. Germany too is beginning to exert its control of social platforms.

If history is any guide, we are reaching an inflection point in control of Social Media. Regulations would happen. Governments would exert control on social media.