Sooner or later, there would be violence: And this protest would take a new life of its own 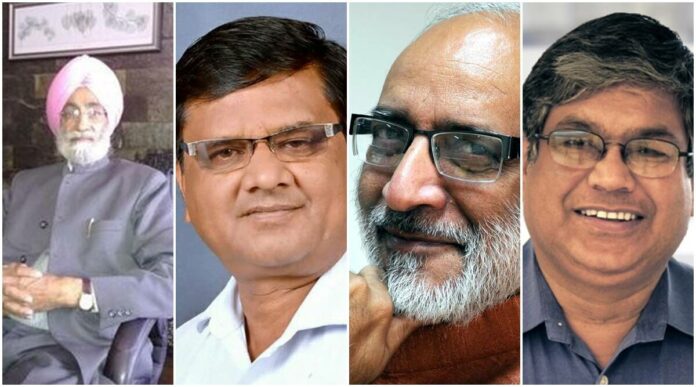 Everyone is wrong. Only these protesting farmers are right.

The Indian government is conspiring against them. The Supreme Court is allied with them. The four-member committee is prejudiced. Only these protesting farmers are right.

Alongside them, Aam Aadmi Party, Shrimoni Akali Dal, Leftist leaders, Kerala government, Congress etc are right. Before dawn breaks out, you would hear Akhilesh Yadav, Uddhav Thackeray, Mamata Banerjee, Ashok Gehlot too on this right side.

Even though among the 40 Farmers’ Unions, no less than 32 are from Punjab and Haryana; even though Supreme Court is guaranteeing the lands of farmers won’t be taken over by corporates; even though the Modi government is willing to discuss clause-by-clause the three farm laws with these recalcitrant farmers; talks after talks are being held to understand what’s bugging them; we must believe and support these farmers as the despicable Indian media is doing against the Indian State.

Take the trouble of reading tomorrow’s newspapers. You would find squatting farmers and media accomplices dissecting Bhupinder Singh, Dr Pramod Kumar Joshi, Ashok Gulati and Anil Ghanwat—the eminent four members of the SC-appointed committee—as no better than stooges of Centre. Everyone is wrong but them.

Yet the fun has just begun. The Supreme Court has asked not just these 40 farmers unions but invited everyone from around the country to come and present their views to the Committee which would hold its first meeting within 10 days and must submit their findings to the apex court within two months.

This is what the apex court said: “The representatives of all the farmers’ bodies, whether they are holding a protest or not and whether they support or oppose the laws shall participate in the deliberations of the Committee and put forth their view points.

“The Committee shall, upon hearing the government as well as the representatives of the farmers’ bodies, and other stakeholders, submit a report before this court containing its recommendations.”

What do you thing is wrong with this position? The farmers won’t attend the committee because they know they would be outnumbered, shown to be indulging in a farce, heavily outnumbered by farmers unions from across the country.

They have lost no time in stating that they would continue their agitation, that they would march towards India Gate on Republic Day. This has all the making for violence: That fracas breaks out between them and forces which would try to stop them, guided and under orders of the Supreme Court, no less.

Once that happens, the heartless Modi government, the supplicant Supreme Court, tyrannical, Nazis, fascists, murderers, communal all kind of charges would fly in the air. Nobody would question that these protesting farmers have left Indian State with no other option. There are other lives, out jobs, professions, careers at stake too.

Yet once violence breaks out, it would play into the Hindu vs Sikh narrative; India’s institutions would be hostage to anarchists even as we know who are together at the other side of divide. This is where it is headed now that protesting farmers are not open to reason or resolution and are spoiling for blood on the street.