Sorry Bollywood; All you have done is to let Courts examine the can of your own worms 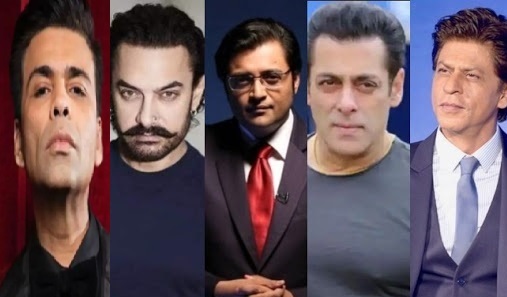 Readers, I promise you this piece won’t be insinuating. Facts and logic alone would be my guide. As it would be for our honourable Lordships who won’t be overcome only because Shahrukhs and Aamirs and Salmans and Johars and Akhtars have transformed their dusty courtrooms into a celestial galaxy.

So don’t whisper into my ears that Uddhav-Sonia combine have written this script; that Delhi High Court was preferred over Bombay to hoodwink us; that Delhi HC doesn’t take kindly to Centre anyway; that it’s a 101 Guide to How-to-get-Arnab etc, etc. I am not listening.

You would also be wasting time if you tell me your hair-dresser of a daughter with a top Bollywood star swears drugs run in their veins and all you need to do is to leave a good-natured English springer spaniel to sniff home the truth. I mean we all know India is now a hub of illegal drugs, smuggled from Afghanistan-Pakistan-Punjab and then everywhere and that “joints” of a few thousand rupees each day could only be afforded by rich and spoilt. Everyone knows it. I bet even our Lordships.

You see, the burden is of evidence. Our “Dabangs” and “Raes” see their reputations besmirched by charges of “druggies” and “scums.” (“dirt” and “filth” is also in petition but they really are not the words to waste our breath). “Druggies” is the charge which the Narcotics Control Board (NCB) are trying to unravel in Bollywood. You see, they are curious to know if “maal” in Deepika’s chat only meant a “cigarette” as she claims. What are we to believe if the brother of a star hasn’t been set free by Courts even after a month? Why would Delhi High Court vouch for Bollywood’s clean breath? And won’t Arnab cite the evidence of drug-peddlers, already in public domain, for supplying their stuff to film stars?

And what to make of “scum”? That’s the word most of us use for our bosses.  These days we also use it for our historians and lawyer-activists and intellectuals and NGOs and Internationals and most of the time our Bollywood stars do their bidding. How is it bad when your own circle is shown as “immoral” (“scum” in dictionary), evidence-per-evidence? And if I may ask, what was “immoral” about #MeToo movement in Bollywood? Wasn’t it about female-stars being allegedly drugged and raped by their colleagues? Are we to believe that talent alone trumps in Bollywood and casting couches, one-sided contracts are figment of our imagination? That Sushant Singh Rajput died out of fun?

Now let’s come to the larger point the filmi gods have made. They feel they have been let down in the eyes of people. Maybe they didn’t read that millions were disappointed when a star-progeny was named Taimur, one of the most dreaded murderers in our sorry history. Maybe they didn’t see the bias in Deepika Padukone standing in JNU, siding with one over the other, which was a political stance since nobody in realtime knew the truth. Maybe they didn’t see the Al Jazeera interview of Mahesh Bhatt and Javed Akhtar which to my mind could’ve induced a charge from every page of CrPC. Maybe they don’t realize how livid we are when canines and monkeys are used to heap abuses on Hindu gods and goddesses in OTT and they don’t utter a word. Public goodwill didn’t go because of Arnab. It went along with Sushant Singh Rajput.

Now let me ask you a question: Logically, who should have Bollywood gone after? Arnab or Kangana? The girl was specific with names and instances, unlike Republic. How could it claim to represent its fraternity when “haram-khor” is passe’ and “druggies” is bad? What was their outrage when bulldozers drove into the drawing room of one of their most admired actors in public eye?

This petition of our filmi-set would’ve carried relevance if they had given a call for introspection within after Rajput. Or after #MeToo. I mean some are dead, some destroyed forever. And you want us to believe that it’s for Bollywood and not for entitled dynasties? Republic or Times Now is only reflecting people who you profess to care so much about. We all are mini-Arnabs and unless you come out clean, you are all that and worse.