Spot the pattern in Gauri Lankesh, Kathua and Unnao 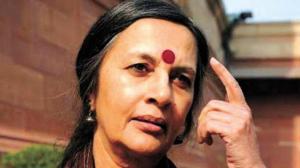 Brinda Karat of CPI (M) has suffered from amnesia in accusing BJP leaders of complicity-by-support in the Kathua and Unnao rape incidents in an edit piece in The Hindu on Friday.

The thing most common in amnesia of course is memory loss—hopefully temporary in Brinda’s case though with the Left-Liberal-Media gang you could be sure it’s more likely a front to their shameless lies and propaganda.

Draw a parallel with the unfortunate killing of Gauri Lankesh last year and you would see the following patterns emerge:

Karat has gone into convulsions over Kathua, stating that Hindus of the region are communalizing an unfortunate, tragic incident of a defense-less little girl-child, staging protests and unrest.

The amnesia stops Madam Karat from bringing the following facts in readers/public domain:

So what’s wrong when the two BJP state ministers appealed for the matter to be investigated by CBI?

But wait! Let Madam Karat’s amnesia to be over before asking her these significant omissions in her half-truth of an edit piece.

Now let’s look at Unnao, another unfortunate and tragic incident. Madam Karat is not truthful when she omits the fact that

So if these commies and their allied mainstream media make an allegation—without being on ground—the relevant investigating authorities must abandon the book of CRPC and submits to their prejudice and bias.

Madam Karat must never be asked why her feminism is not outraged when a six-year-old Hindu girl-child is raped in Bihar’s Rohtas district, allegedly by a Muslim youth Meraj Alam;

The bindi-girl would never shed a tear and mount a public outrage over hackings of BJP and RSS workers occurring regularly across India.

So this is the kind of cabal which is confronting and damaging our nation in every living minute of their undignified existence.

All those who love our country must keep showing them their hideous face in mirror as a matter of oath.