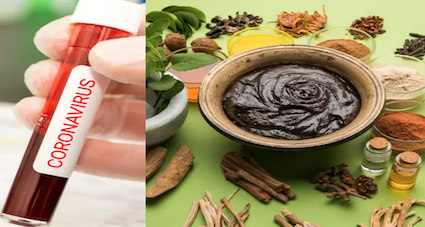 While the Covid pandemic has forced everyone to do the reality check of the healthcare setup, Ayurveda has also come up as a viable alternative medicine system to cure diseases at the beginning stage only.

Underlining its importance, the Minister of State for Ayurveda, Yoga & Naturopathy, Unani, Siddha, and Homeopathy, also know as AYUSH, Mahendrabhai Munjapara, in a written reply in the Lok Sabha, stressed the increasing use of ayurvedic medicines in fighting the lethal coronavirus.

Ministry of AYUSH has drafted a scheme, “Pradhan Mantri VRIKSHA AYUSH Yojna,” which will promote Herbal cultivation. While the draft is yet to be approved by the committee, the ministry will be the focus on the production of  medicinal herbs used in Ayurvedic drugs.

As per the data shared by AYUSH, in an analysis done among approximately 1.47 crore respondents, it has been revealed that 85.1% of people are using AYUSH measures to prevent Covid-19. Beyond that, among these 85% people, 89.8% people have acknowledged that they have been benefitted from the measures.

While 79.1% of the users responded that the AYUSH measures gave an overall feeling of good health, 63.4% of people reported improvement in well-being parameters like sleep, appetite, bowel habits, stamina, and mental well-being.

AYUSH Ministry has also launched the ‘AYUSH Sanjivani’ mobile application which generates data on the acceptance and usage of AYUSH advocacies and measures among the population while highlighting its impact in the prevention of Covid.