Talks with China would lead nowhere; war is a real deal India must factor in 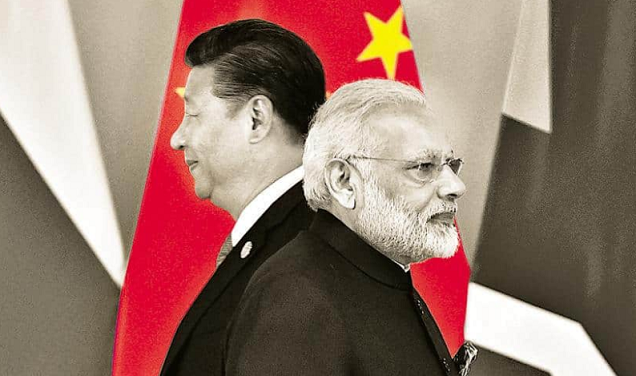 India has not been able to resolve, to its satisfaction, the issues pertaining to aggressions into some areas of Ladakh on our eastern frontier with China. The Ministry of External Affairs (MEA) has made some statements regarding talks continuing between the Indian and Chinese armed forces. They are essentially inane placebos that doesn’t change the ground situation anywhere. It’s been over 100 days to the nonsense.

Essentially, the issue has now boiled down to committing more troops in Ladakh during the coming winter. Of course, it is not for us to speculate about induction of additional troops and their possible locations. Additional accommodation and rations to keep them fed and battle ready is a very serious task.

Army Service Corps (ASC) and ordnance personnel, the non-fighting arms, are perhaps the busiest branches nowadays. For them, it is not business as usual as it was even last year, in 2019. They have to ensure winter stocking of military stores and that too at appropriate locations all along the eastern front.

Right now, Ladakh may be in sharper focus because of the martyrdom of 20 Indian soldiers on June 20 in Galwan valley. However, winter stocking needs to be built up urgently all along the Line of Control (LAC) with China, from Ladakh to Arunchal Pradesh.

The messages from MEA may sound conciliatory to the hoi polloi but field commanders familiar with the People’s Liberation Army (PLA) tactics are not ready to blink. For them, stocking up enough ammunition, as also troops, and air assets is critical to holding the ground firmly.

What are the prospects of any genuine rapprochement with the Chinese right now? Seriously, none, or very, very dim as they are most unlikely to go back to positions they held in mid-April. For India, it looks like that is the bare minimum acceptable condition for disengagement.

China is in possession of large parcels of Indian lands presently, and it is defining the LAC at will. It is imprudent and impractical to think that they will give up this “kabza” on the negotiating table. Evicting the PLA from Galwan, Pangong and Depsang plains using force is looking like a sure invitation to war and more difficult as days go by.

What about our western front with Pakistan? How vulnerable is the tenuous stalemate of eyeball to eyeball confrontation to crumbling? Given Pakistan’s past record of aggression of 1965 which was catalysed by 1962 Chinese war, there is absolutely no reason to believe that it can be trusted.

In the coming three months, or more, a two-front war, coupled with insurgency in north-east, is a real possibility. Right now, the US aggressive postures seem to have imposed restraints on China but what about mid-November when it will be very busy at home with presidential elections?

In trying to be more loyal than the king, can Pakistan initiate something on the western borders to please China? It is difficult to think of a single logical reason why it will not coordinate with China and not do it? Simultaneous activation of the eastern and western frontiers this winter is thus a distinct possibility. The idea of a two-front war, discussed militarily over a decade ago, can turn into a reality. It is not the result of hallucinations about war but cold analysis applying logic and reasoning.

Not only a two-front war, but the Chinese working closely right now with three or four insurgent groups of north-east, presently lying dormant, and in Myanmar jungles, is something we can’t rule out. Most likely, it is happening right now even when an eerie calm prevails all around. This calm seems indicative of the coming storm with things building up silently on multiple fronts.

For too long, the Chinese Navy has been watching from afar, or sometimes close quarters in various theatres. However, it has been more assertive in the recent past, be it in South China Sea or elsewhere. How can the PLA military assets be best utilised in case of conflict on the eastern borders?

May be trying to come closer to Kolkata port, trying to block it by a build-up of naval floatila, ships and submarines, can be a calculated risk for China. What about some action around Cocco Islands of Myanmar on which China can stake claim? Myanmar may not be in a position to militarily take on its expansionist neighbour.

The advantage to the Chinese is that an action on these four or five islands can bring.

its very close to Andaman and Nicobar islands. These Indian islands are only a stone’s throw away as we say in terms of possibility of aggressive Chinese naval deployments. That naval arena can then be the fourth dimension of challenges we have to face and deal with.

Incidentally, the threat of expanding arc of corona virus infections and flash civil unrest as witnessed in Bengaluru recently are an inherent domestic challenge. The anti-CAA unrest of Delhi and elsewhere in ending February is also something one has to keep in mind. But these are essentially internal challenges and that is why kept out of discussions.

Recently, we saw the massive explosions in Beirut in Lebanon, triggered mainly by improper storage of tons of ammonia nitrate, used for making common chemical fertiliser urea. Lots of improper things are happening in the neighbourhood and we may feel nothing is amiss till goes kaboom.