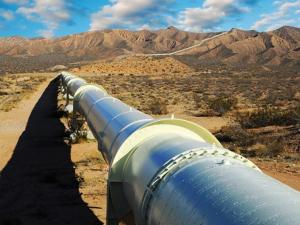 Work on the 1084-miles long Turkmenistan-Afghan-Pakistan-India (TAPI) has begun. The $10 billion worth project is slated to be ready by December 2018. It would annually pump 33 billion cubic meters of natural gas for 30 years. For last two decades, this pipeline is hanging fire.

The physical stretch of the gas pipeline is worth a recap. The gas would be drawn from the Turkmen oil fields in Galkinish. IT would pass through 700kms of Afghan stretch, from Herat till Kandahar. It then steps into Pakistan’s Balochistan and forks into two streams—one for the Gwadar port, Strait of Hormuz, for international business and the second for Pakistani and Indian consumption.

Its importance for 2.3 billion inhabitants in South Asia and China can’t be overstated. Not just the energy needs of over 30 percent of world’s population would receive a help but the geopolitical rancour between Pakistan-China vs. India would also be diffused.

The TAPI project kept its course despite an armed spring/summer attack on Kabul by the Afghan Taliban. In October 2015, Afghan Tabliban led and attack and captured Kunduz. Militants then raided the Kabul airport in late November 2015. This all raised the spectre of an unstable Afghanistan wrecking the important gas pipeline project.

Political processes too were full of acrimony. Talks between government and Afghan Taliban was a failure in July last year. That the Taliban failed to field a single nominee for negotiation talks also raised the alarm bells. The biggest threat of course remains the Taliban demand for the abolition of the constitution of the Islamic Republic of Afghanistan and introduction of Sharia law in the country.

Years of international anti-terrorist campaigns, from 2001 through 2014, have served to strengthen the Taliban into becoming an independent military and political force, which made both the administration of Afghanistan and domestic and global capitals consider it as a viable counterparty. As a result, the ceremony of laying the first stone of the construction of the TAPI gas pipeline was made possible thanks to arrangements made by political and military forces in the region with the Afghan Taliban. This is nothing new though since from the 1990s, the Taliban government negotiated with the US company, Yonical, providing security guarantee for a similar pipeline.  It is believed by Kabul and Islamabad that the Afghan Taliban does not oppose the TAPI project as it promises financial stability of Afghanistan.

NEWSBRED believes that the critical factor of United States also must not be overlooked. US still has a force of 10,000 troops in Afghanistan. There are thousands of US civilian contractors who would stay put at least till the end of 2016. US has vital interests in ensuring that the region doesn’t fall into China or Russia influence (it was Soviet presence in Afghanistan in the 1980s which had led to US’ involvement in the first place). It also doesn’t want Pakistan to slip out of its orbit. The growing trade ties between India and Pakistan would also lessen security concerns and handicaps US’ chances of playing one against the other.

Afghan Taliban aren’t restricted to rural south alone. They are also now dominating territory near critical highways and cities that surround Kabul and other important provinces such as Kapisa and Nangarhar. The bargaining chip which Afghan Taliban hold over US (who now call them insurgents and not terrorists!!!) as well as over Asian powers (India, Pakistan, and by extension China) make them pivotal if TAPI is to succeed. Indian prime minister Narendra Modi’s diplomacy in Kabul and Islamabad recently most be seen in this light as well.