Thackeray ‘unwelcome’ in Ayodhya: ‘Kangana in one-day and Palghar not yet’? 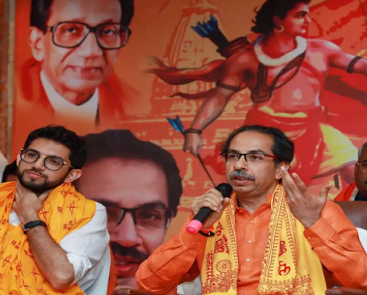 The saints of Ayodhya, along with Vishwa Hindu Parishad (VHP), have announced that Shiv Sena chief and Maharashtra chief minister Uddhav Thackeray “is no more welcome in Ayodhya”.

Following the Kangana Ranaut episode, priest of Hanuman Garhi temple, Mahant Raju Das has questioned the BMC’s act of demolishing the actress office and has also remarked that Maharashtra CM now has to face “stiff opposition from the seers of Ayodhya if he comes here”.

“The Maharashtra government acted without wasting any time against the actress, but the same government is yet to take action against the killers of two seers in Palghar” the saint added further.

Sharad Sharma, regional spokesperson of VHP has also targeted the Maharashtra government. While pointing towards the ‘mala fide intentions’ of government towards Kangana, he said,

“It is very clear that the Shiv Sena is deliberately targeting the actress because she is supporting nationalist forces and has raised her voice against drug mafia of Mumbai.”

“Now, Uddhav Thackeray is no more welcome in Ayodhya. Why is the Shiv Sena attacking Ranaut? Everyone can understand. It is not a mystery. The Shiv Sena is not what it used to be under Balasaheb Thackeray, founder of the party,” said Kanahiya Das.

The war of words between Kangana Ranaut and Shiv Sena has intensified after BMC demolished the actress office in the City.