The dangers that a failed state like Pakistan presents to India 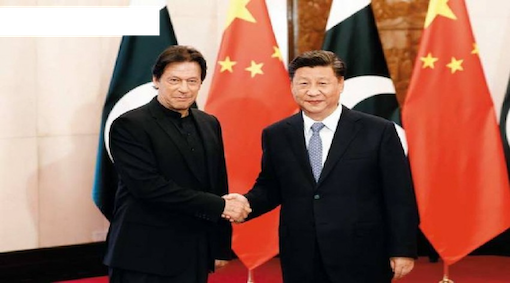 Imran Khan, a Pathan, is the Prime Minister of Pakistan these days holding the top executive post in the country. Worldwide however, most people believe that Pakistan Army Chief Qamar Javed Bajwa is the most powerful person, and not Imran. Within also, most Pakistani citizens know this bitter reality and don’t believe their PM can take any significant step if Bajwa doesn’t sanction it.

Now think of another minor detail that Pakistan also has someone as President. How many of us can recall the name of this man without straining our memory and referring to internet, the source of instant nirvana? A technological marvel that helps us brazen through many minefields we encounter every hour or half an hour! Seriously, those who can recall Alvi’s name are too few and far between.

An interesting thing about Pakistan Army is that it is essentially Punjabi dominated, never mind exceptions like like Pervez Musharraf once. What does this dominant Punjabi role play in day to day dynamics of Pakistan? What role has it played in shaping the history of the country in the past?

These questions are relevant for us Indians as not knowing our western neighbour is something that we cannot afford. More so about a hostile neighbour who inhales and exhales anti-India rhetoric all the time. A western neighbour which is in a celebratory mode nowadays since our powerful eastern neighbour China is also belligerent for the last nine months, or so.

There is an opportunity for Pakistan in India-China clashes as it counts its gains for nuclear weapons programme and other military hardware. China is propping up Pakistan so that it becomes stronger vis a vis India, and not because of any altruistic motive. For its own needs, China has now asked for two islands off Sindh coast, Bundhal and Budhoo, to park its submarines. Pakistan has obliged China pronto, never mind what this has alienated large sections of its Sindhi citizens.

Earlier, the Pakistani army had sealed the Gwadar seaport as demanded by the Chinese. As if to rub it in deeper, the entry of all Baloch people, the residents of Balochistan, where this port is located, were barred entry into the area. The highhandedness of the Chinese, and the Punjabi dominated Pak army, are fuelling dissensions against Islamabad. By the way, Pak army chief Bajwa, a Punjabi, was commissioned into Baloch Regiment.

A couple of paragraphs above, the question was asked: What role has it (Punjabi dominated Pak army) played in shaping the history of the country (Pakistan) in the past? The answer is that it has defined not only history, but even geography, of Pakistan. If it had acted as a national army, it would not participated with glee in genocide carried out in then East Pakistan in March 1970. The events triggered then led to the birth of a new nation, Bangladesh, nine months later in December 1971.

Never mind that Pakistan blames India for its eastern wing breaking away and becoming Bangladesh. The fact is that the first nationwide elections held in December 7, 1970, in Pakistan were the basic trigger. Yes, it is true that no elections were held in Pakistan in first 23 years of its existence, from 1947 to 1970. The results of the very first elections were not accepted in West Pakistan, pushing East Pakistan towards secession.

Awami League of Sheikh Mujibur Rahman had got 160/300 seats in these elections with Pakistan People’s Party (PPP) of Zulfikar Ali Bhutto winning only 81/300 seats. It was the backing Pak dictator Yahya Khan, a Punjabi, extended to Bhutto, a Sindhi, that was responsible for breaking of Pakistan. Yahya even turned a Nelson’s eye to Bhutto’s taunt for Sheikh “Tum udhar, hum idhar”, implying Sheikh could rule East Pakistan, but West Pakistan would be ruled by Bhutto only.

The ganging up of Yahya, Bhutto and Pakistani army, all three rooted in West Pakistan, created Bangladesh. The abrasive manner in which Punjabi dominated Pak army has dealt with Pushtoons, Sindhis and the Baloch in the recent past is again fanning secessionist movements. As a multi-ethnic society, less than fair share to all ethnicities, other than Punjabis, is being resented in Pakistan.

Of course, in all the foregoing description, Pakistan Occupied Jammu Kashmir (POJK) has not been discussed. In fact, all troubles elsewhere being faced presently by Pakistan can be traced back to China Pakistan Economic Corridor (CPEC) passing through Gilgit-Baltistan. This is from where the Chinese got the first toehold in Pakistan society.

An ambitious China plans to invest over $60 billion in CPEC claiming it is developing infrastructure in Pakistan. The fact is that it gives China access to sea via Gwadar and all other rhetoric of Pakistani gains is plain bullshit, being packaged and sold as panacea to Pak citizens. Of course, it helps China spread the web of its debt-trap diplomacy further as Pakistan sinks deeper into the slush of Chinese loans.

The alienation of Saudi Arabia and United Arab Emirates (UAE) with Pakistan, which is manifesting itself now, can push it deeper into a Chinese embrace. With no end of pandemic in sight, and no economic recovery, coupled with remittances from expatriates living in these two nations declining, the picture for Pakistan looks gloomier by the day.

Desperate situations often call for desperate remedies. In Pakistan’s case, remedies can have serious repercussions for us in India. Once genocide and rapes by Pakistan army in East Pakistan in March 1970, India had to play host to about 10 million refugees who rushed in Assam, West Bengal and other north eastern states. The mess is yet to be sorted out, almost 50 years later, and we have tensions in several NE states. The repercussions of instability in Pakistan, on our western front, needs to be studied by scholars and experts diligently.