The inner revolt means ‘Congress-Mukt Bharat’ is a reality now 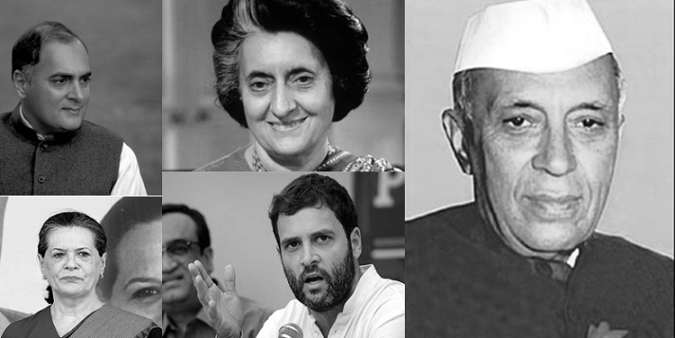 This was the day when Congress died. It began in 1885, rode on Mahatma Gandhi’s frail shoulders in first half of the 20th century; fattened in the remaining half on its legacy, before its diseased frame gave up in August 2020.

This is how future history text books would read. There won’t be a Romila Thapar and Irfan Habib to prostitute the truth. The only entry left blank at this hour is the transition of dynasty to the other world.

Nehru-Gandhis and Congress have been one entity with two different names in independent India. It was a dictatorship in a democracy. The courtiers were happy with their crumbs and little sheikhdoms. But now the tap is drying up. The rebels want the palace. It won’t be what happened to last Czars at the onset of Lenins and Trotsky in Russia but you get the picture.

The letter of “revolt” by Congress’ Who’s Who is the final nail. The courtiers want “collective” leadership, elections all across from state units to Gandhi’s backyard which is CWC, and say they are insecure. Sonia can promise the moon but a bedraggled sight has never been of interest to looters.

This was coming. Elections are won and lost. But a course correction is always at hand. Not from Gandhis though. Even after 2019 was lost, triple talaq was flushed, J & K forfeited its blank cheque and Ram Lalla found his home, Gandhi stood frozen in time warp. The heir played truant. The princess, between a harried husband and a domineering mother, hasn’t been given her lines for the act. The Dowager Queen sported a permanent scowl. But courtiers now don’t give a damn.

A bully works on fear. And the favour it dispenses. One doesn’t work without the other. BJP has drawn the teeth of Congress which could spew the venom. Its coffers are now just about enough to run the Gandhis’ kitchen. In the house, it’s each to his own.

Let’s look at unfolding script in days to come. The Congress meets on Monday. With letter leaked, the cat has been belled. What do Gandhis do now? They can’t breakaway the courtiers’ ranks with sops. The “revolt” long in making must have worked out the different scenarios. Could Gandhis sack all its top men? Like they did with Scindia and Pilot? Impossible. The other option is resign or call for open elections. Either way, the game is over for Gandhis.

Sure, Gandhis would look to buy time. And they might succeed also. But courtier are now looking for their own pound of flesh. Pilot has Rajasthan in mind; Ghulam Nabi Azad Jammu and Kashmir; Shashi Tharoor Kerala. Who knows if Manish Tewari and Kapil Sibal are wearing saffron tomorrow? The likes of Amrinder Singh would be happy to have Navjot Singh Sidhu off his back.

These men know that the national turf is now lost. Without the Gandhis yoke, they could at least nurture peashots in their own states. That’s why they can’t wait any longer. They are fast losing men and influence at home. If Gandhis are busy looking after their back, what’s wrong if courtiers guard theirs? If Gandhis are treating them as sacrificial lambs, isn’t it time to tell the lion its’ own paws can’t hold, its own jaws can’t break the neck?

The only way this “revolt” would end is with Gandhis on sidelines. Once Gandhis go, so does the national Congress. We could have a Rajasthan Congress Party or a Kerala Congress party but not the grand stage where one is scripting the nation’s destiny. The UPAs could survive because there was always a Mayawati, a Mulayam Singh, a Mamata Banerjee or a Left to share the riches with. Greed fastens quicker than the ideology. But now all of them are already hors de combat. If they couldn’t survive, how would Gandhis. Did they really believe their own myth? Or thought masses would be puppets forever?

I can’t see Gandhis lifting themselves out of this sinking sand. Mughals survived their final century but their domain virtually didn’t extend beyond Red Fort. Gandhis could be the nominal emperor like Bahudurshah Zafar once was. But Marathas and British and Oudhs and Bengals ruled what was once their turf. Courtiers today are no different.

To me it brings down the curtains on Congress as we know. Its vitals are chewed and thrown in the gutter. For almost half a century, it was surviving on bluff and bluster. No longer. The “Congress-Mukht-Bharat” which Narendra Modi had in mind, took just six years in coming.